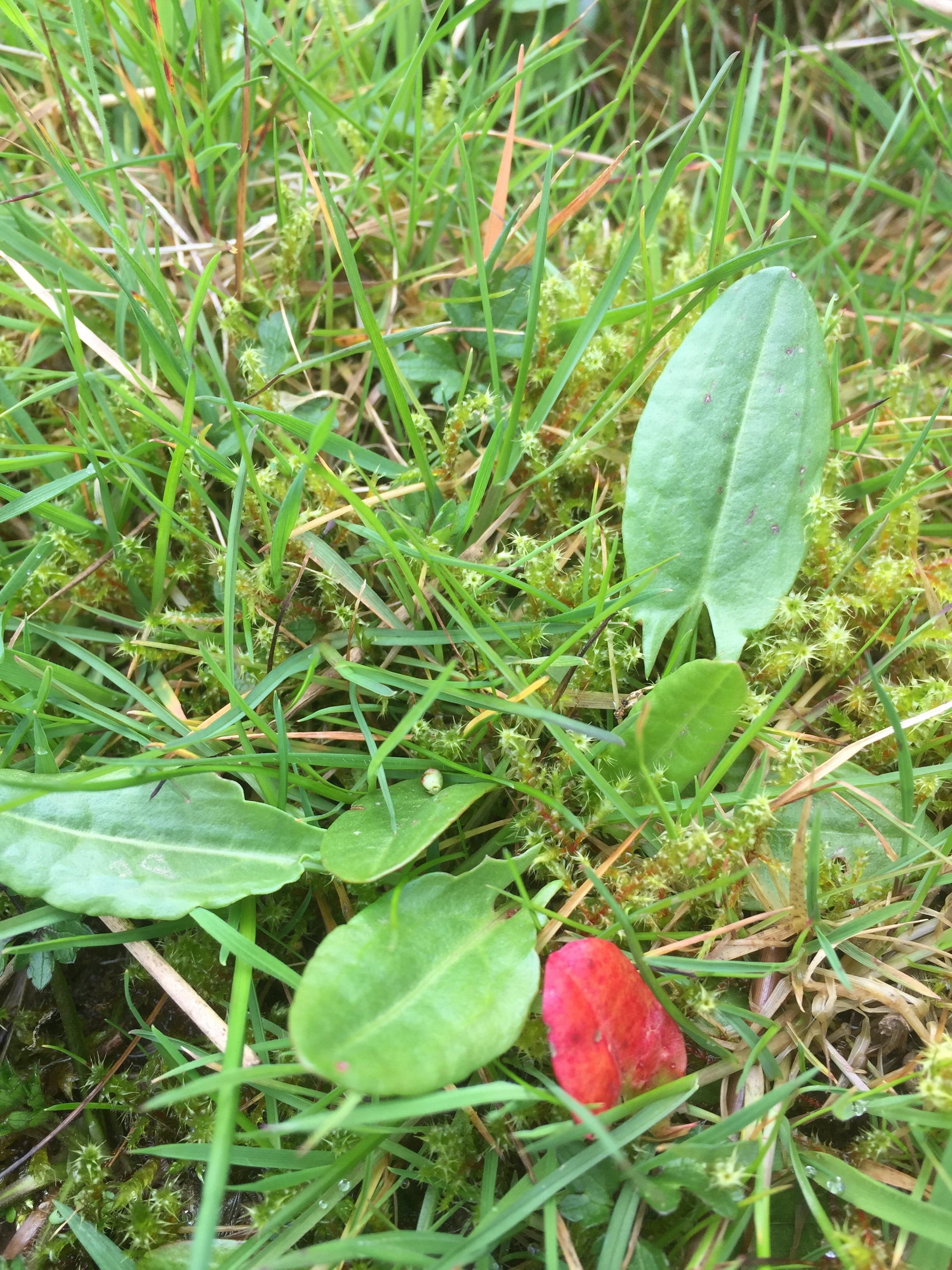 Many common garden ‘weeds’ are technically edible but hard to get excited about. The Dandelion is perhaps the most abundant and is no doubt very good for you but the leaves are undeniably bland. Common Sorrel, another widespread grassland plant prone to appearing on unkempt lawns, at least has a bit of bite to it. The taste of the fresh leaves is often likened to apple peel – pleasant enough, if rather chewy and with a slightly acidic kick.

This plant is in the Dock family and unrelated to Wood Sorrel, despite the fact that both species share a sharp, acidic edge to the flavour. On looking it up it turns out that they both contain oxalic acid, presumably as a defence against insect pests and grazing animals. It is also toxic to humans but in quantities sufficiently large that the casual forager need have no concerns.

The leaves of Common Sorrel are distinctive once you get your eye in – arrow-shaped with obvious pointed lobes at the base. The close relative Sheep’s Sorrel can look similar but is also edible and tastes much the same. The leaves share another trait with apples in that while most are green, a few appear bright red, as if prematurely anticipating the autumn.