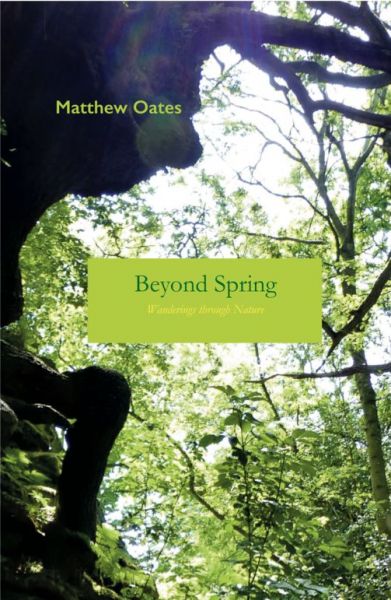 Having read his previous book describing a lifetime of watching, studying and obsessing about butterflies I was looking forward to this one. Thankfully, it shares many similarities, not least the in-depth knowledge, warmth and humour in the writing – it’s not often you catch yourself laughing out loud at a natural history book.

Notwithstanding the humour, this is a little deeper and more reflective than his last book. It also deals with the full range of our wildlife. Butterflies, of course, grab their share of attention but he knows an awful lot about other invertebrate groups, wild flowers, trees and the places they are found. Birds too get plenty of mentions though you suspect he sees them as honorary butterflies, rather than the reverse situation so often adopted by birdwatchers.

The chapters (46 of them) are very short as he skips from site to site around England, and the season progresses from the promise of late winter through to the melancholy of summer’s end. It is full of references to earlier nature writers (most notably Edward Thomas) and the Romantic poets, as well as modern poets, with quotes and poems sprinkled liberally throughout. He is absorbed not just by nature itself but by the way we interact with it and what it means to us, or what it could mean if only we would give it a chance. He draws on the views of literary talents who have pondered such things deeply and adds his own unique layer of perspective.

Some of the writing treads a rather precarious line between despair at what we have done to our countryside in recent decades and the joy to be had from what remains. By and large the joy takes precedence and you sense that he tries to take an optimistic view wherever possible. But occasionally it all becomes too much and frustration spills out onto the page, just for a sentence or two before order is restored. A sheep-wrecked hillside in the Peak District through a train window has just that effect – ‘one could die out there, of despair, or tedium.’

If this feels contradictory then it is in a way that will be familiar to anyone who enjoys visiting our wilder places. We have greatly diminished the landscape and its wildlife but we have no choice but to make the best of what we have left, warts and all. No doubt we will be considered immensely lucky by the nature writers of the future.

I didn’t always fully grasp the more spiritual aspects of his relationship with nature. Yet the writing is so captivating and persuasive I was left thinking it must be some inadequacy on my part rather than him getting too carried away. Or perhaps when he talks of places communicating with us, and through us, it is not supposed to be taken too literally? It did, though, make me wonder whether it is possible to overthink these things. The thought processes of nature writers must be greatly influenced by the intention to transcribe their wanderings onto the page. Does that alter, or even detract from, the experience itself? It would be fascinating to know and he would be a good person to ask.

Beyond Spring: Wanderings through nature, by Matthew Oates is published by Fair Acre Press.