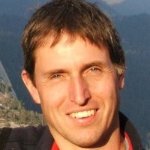 I’ve known Jeremy for many years and he is both a very nice and a very bright bloke.  Here’s what he said to me:

MIA: How do you feel about getting this award?

Prof Wilson: Very surprised, and also delighted!  And then reflective.  I’ve been very lucky indeed to have a family who encouraged a germinating natural history interest (not just birds!) from an early age, and then to have worked with and learned from some of the best ecologists, conservation biologists and ornithologists around, whether in Edinburgh, Oxford, Thetford or Sandy.

MIA: where did you grow up?

Prof Wilson: Keighley,West Yorkshire, and spent the first 9 years of my life living in a village called Steeton, just on the edge of the Dales.

MIA: When did you start birding?

Prof Wilson: My first birding memory is of seeing a Treecreeper in our back garden and identifying it in the Observer’s Book of Birds. Determined efforts to build on that success by finding a Hoopoe down at the local playing fields were never rewarded.  I must have been 7 or 8 at the time.  After that, I think my birding life got started as a consequence of a better field guide, some binoculars and very patient and supportive parents ferrying me (and my mystified younger brother – but he got the bug too in time!) to local and not so local sites such as Knotford Nook, Bolton Abbey, Fairburn Ings, Leighton Moss and Spurn Head.  By the age of 12, family holidays started to become focused around birdwatching – often to Suffolk or the north Norfolk coast.

MIA: Would you call yourself a birder as well as a scientist, conservationist etc?

Prof Wilson: Yes, and I’d have to confess to the occasional twitch.  For the most part though a relaxing day of walking and birdwatching is just a great way to recharge the batteries and remind myself what the long days in a meeting room or behind this computer screen are for.

MIA: What was the highlight of your PhD study?

Prof Wilson: Hmm, tricky.  Three years studying the social organisation and display behaviour of great tits in an East Lothian wood doesn’t set one up for a life of thrills and spills, unless you count repeatedly digging a car out of deep snow.  However, I’ll try two answers, one related to the birds and one to the people.

The birds;  I got to to know my birds very well indeed – as individuals – and came to realise just how astonishingly variable different individuals are in the way they live their lives – even within one local population.  After a while, I could have taken the colour rings off and still been able to identify the majority of the birds simply by their behavioural individuality.  I miss that deep knowledge of birds as individuals, rather than populations.

The people;  Edinburgh was a real hive of activity in avian ecology during the late 1980s, and I was fortunate to work alongside and be educated by some of the most skilled field ornithologists I know – Andy Evans (who has become a lifelong friend), Phil Whitfield, Nigel Clark and Will Cresswell – as well as two of the most inspiring teachers I know; Aubrey Manning and John Deag.

Prof Wilson: After my PhD (1986-1989) it was (i) two further years in Edinburgh (1990-1991) as a Royal 1851 Commission fellow, working on dispersal of dippers, (ii) two years at BTO (1992-1993) running the first study of bird responses to organic farming, (iii) three years at Oxford with John Krebs, establishing a group working  on problems related to the decline of farmland bird populations (and working increasingly closely with RSPB during that time), then (iv) moving to RSPB in 1996 as a Research Biologist, where I have been ever since; moving to Scotland in 2001.

Prof Wilson: Corn Bunting and Dipper are neck-and-neck here in the UK.  Globally, it has to be the Kakapo; definitely the bird I’d most like to see before I die!

Prof Wilson: The Western Isles machair.  Not often bestrewn with rarities (though it has its moments) but Ellen and I have fallen in love with the place and in May and June it remains an astonishing wildlife spectacle from corncrakes to corn buntings to corn marigolds; the embodiment of ‘High Nature Value’ farming.  Long may it remain so.

Prof Wilson: Oh dear, I suspected you’d end on a difficult one. It’s not going to sound very original, but I think it’s impossible to escape the fact that we need a much better understanding of how bird populations are actually responding to climate change rather than simply predicting how they might.  The work on golden plover led by James Pearce-Higgins when he was at RSPB is an excellent example of the kind of work we desperately need more of to help us plan intelligently through a changing 21st century.  Underneath that broad climate change umbrella, I think I would look to our seabird populations as the bird assemblage for which the UK matters most in a global context.  Beyond the coasts on which they nest, our knowledge of the ecological and conservation needs of our seabird populations remains perilously limited given the the combined and growing pressures of climate change, offshore energy developments and fisheries, and the complete lack of an offshore protected area network.  New GPS tagging technologies are beginning to give us real insights into the places and ecological conditions that support the prey on which different seabirds depend, but we wont be able to tag all species in all places, so a key need is to begin to turn tagging data into ‘habitat association’ models for seabirds at sea.

Other things that spring to mind: are the population trends of our migrant species driven mainly on the breeding grounds, on migration or in wintering areas, and how does this differ between species? Can we develop as good an understanding of how to manage upland landscapes for birds of high conservation concern as we have on lowland farmland? And whilst on the uplands can I flag a single species?  Curlew.  Now globally near-threatened and the responsibility lies primarily in the British Isles as this is a (non-seabird) species where we are responsible for a high proportion of the global population. Rates of population decline are very worrying in Britain and catastrophic in Ireland.  We need a concerted research and conservation effort to understand and reverse the decline of this species, potentially involving action both on the breeding grounds and on the migratory flyway.  The genus Numenius is a growing catalogue of loss.  Let’s not have N. arquata join the casualty list.

Prof Wilson: The Marsh Award for Ornithology is awarded jointly with BTO. This made me think about my many and varied connections with them. From my Bird Study collection, I think I have been a member for over 30 years, and a permit-holding ringer for over 25, and Rob Fuller gave me my first ‘real-world’ (i.e non-academia) job in ornithology when I came to Thetford to work on the organic farming study.  Needless to say, much of the research I have been involved with has depended in one way or another on BTO’s data holdings.   And the first Breeding Bird Atlas was one of those books that changed my life.     I remember poring over the dot maps before every family holiday, and I think I was the book’s borrower from the local library for about 5 years!  I may now work for the RSPB, but I hope and expect the BTO to be much a part of and influence on my life for the next 30 years as it has been for the last.