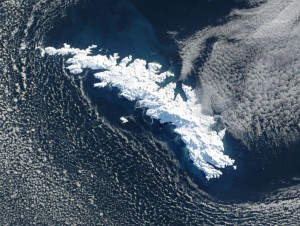 I live in a big village in east Northants that thinks it’s a town, and maybe it is.  We number about 8000 inhabitants and I don’t get the impression that the government is particularly worried about what we all think of what they are going to do (although the fact that we are having a by-election in a couple of weeks time does mean that there are itinerant politicians and journalists passing through).

Imagine then, that you are an inhabitant of the UK Overseas Territory of South Georgia and the South Sandwich Islands – although that might be a bit of a stretch as there are no permanent or native human inhabitants there.  Lots of wildlife though!

The Government of South Georgia and South Sandwich Islands (GSGSSI) has established a “Marine Protected Area” in its Exclusive Economic Zone and is now consulting on what protective measure should be included.  The consultation ends on 2 November so you will have to get a move on to have your say.

Since there are no native or permanent inhabitants of South Georgia the GSGSSI must be consulting you and me! The 400,000 king p-p-p-penguins  may find it difficult to p-p-p-pick up a pen right now so you’ll have to speak for them and the chinstraps, gentoos and macaroni penguins too.  And then there are the black-browed, grey-headed and wandering albatrosses as well as the giant petrels.  And there are lots of fur seals and these are waters with whales too.

The seas around South Georgia have been regarded as the most biologically diverse in the Southern Ocean and being richer than the seas around more tropical sites such as Galapagos and so, surely, they need a high level of protection.

The UK already has created the largest no-take (properly protected) marine reserve in the world – around the Chagos Islands in the British Indian Ocean Territory.  Because of the UKOTs, we have plenty more scope to contribute to the targets which were agreed internationally in Nagoya, Japan, in 2010 to protect 10% of the coastal and marine areas with marine protected zones.

Although there is a highly rated toothfish fishery operating in these seas there are still concerns about the sustainability of krill fishing and whether the proposals extend far enough in terms of distance, timing and rigour.  This is one of the most pristine areas of ocean in the world.  How about we don’t even think about mucking it up for a few million pounds? What would the penguins and albatrosses and seals and whales ask for if they were able to respond to the consultation?

The consultation paper contains the most remarkable phrase ‘GSGSSI sees little advantage in protecting large areas of the South Georgia Marine Zone where there are no current risks or threats to species or communities. If new threats to such areas, species or communities arise in the future, then appropriate protection will be considered.’ which is nonsense!  It’s exactly when there is no threat that you do set up protected areas because it’s very difficult once they are threatened and a vested interest gets involved!

There is almost no better demonstration of the former might of the British Navy than the fact that a widely dispersed collection of rocks in all the world’s oceans are UK Overseas Territories.  They mostly contain few people, but mostly contain impressive wildlife (though they have experienced their own losses too).  I feel that it is by chance, and through past bravery of course, that this disparate group of territories have HM the Queen as their Head of State and that given the slightly arbitrary nature of the UK ‘hold’ on these areas we should be careful to treat their ecosystems and ecology with the deepest of respect.

Please email ceo@gov.gs (copied to mfs@gov.gs) asking that the GSGSSI sets up a no-take zone covering the whole of the South Georgia Marine Zone, with no delay (you could cut and paste this blog to make it simple, if you like), in order to live up to the island motto ‘leo terram propriam protegat’ (‘may the lion protect his own land‘) at sea too.

There won’t be many consultations in your lifetime where, if you stir yourself, your voice will be such a high proportion of all the opinions voiced on the subject.  So why not respond?  After all, the penguins and albatrosses and fur seals are relying on you.