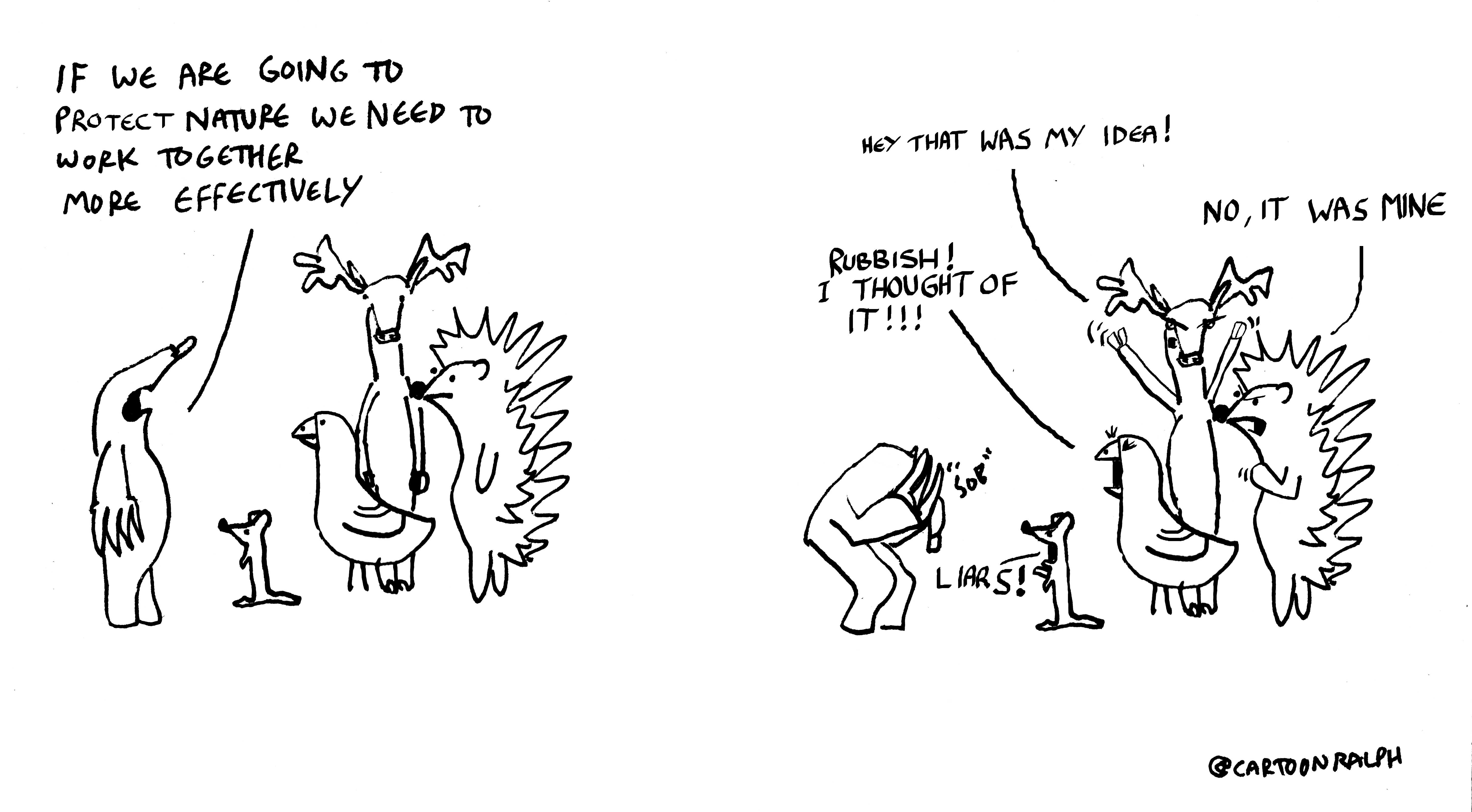 If you subscribe to the excellent British Wildlife then you may have seen my article praising the wildlife NGOs for the State of Nature report which came out in June.

I didn’t get the impression at the Bird Fair last week that any follow up is planned.  Maybe I’m wrong, but it seems a shame to me.  The State of Nature report identifies the problem – let’s now hear the solution.

And this is the time to do it.  Unless the wildlife NGOs make a fuss, rather than a hedgehog house, they will be missing the boat politically.  Kicking the current government (or lavishing praise on it if it is doing a marvellous ‘ greenest government ever’ job) is needed to make the environment and nature anything of an issue for the next government.

If the Opposition don’t see vigorous and searching commentary on how the current government is doing then they won’t be too worried about it when it’s their turn.  And unless a government feels political pain when it is doing a bad job then there is nothing to encourage it to do better.

And producing another report could involve a different range of environmental NGOs such as the National Trust, FoE, WWF-UK and others.

What is the joint NGO solution to the problem they have so collaboratively identified?  I think we should be told.

40 Replies to “A tangled bank”