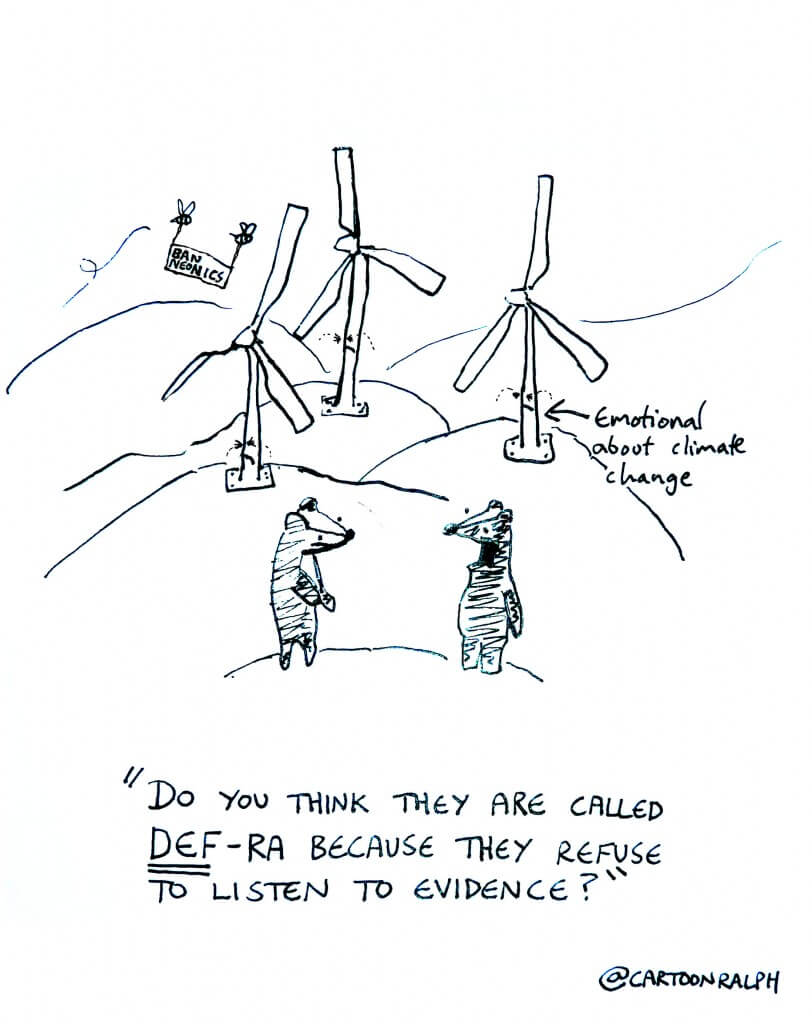 Did you comb the speeches of the Party leaders, at their Party Conferences, for mentions of the environment?

Nick Clegg did best – he said that it was the Liberal Democrats who were keeping the Government ‘green’ and had ‘saved’ Natural England from the axe. Nick Clegg didn’t mention ‘wildlife’ or ‘nature’ but he did say ‘environment’ once and ‘green’ three times. (Transcript, You Tube)

Ed Miliband mentioned the environment seven times – but didn’t actually say much about it. And certainly not the natural environment.  He didn’t mention ‘wildlife’ or ‘nature’ or ‘green’. (Transcript, You Tube)

David Cameron mentioned ‘green’ jobs once but not the ‘environment’, ‘wildlife’ or ‘nature’. (Transcript, Video)

These are the leaders of the political parties who will ask for your vote in about 19 months time. All the speeches were good in their own ways – I thought Nick Clegg’s was the ‘best’ overall – but none treated the environment as a big issue.  I recommend them to you as required reading or watching if you are going to cast a vote for any of them at any time.

Both talked about food, regulation, marine protected areas, badger culls and fish stocks.  Have a look at what they said.

Creagh majored on food, particularly food for poor people, and Paterson majored on the rural economy.  That feels like a classic difference between two ideologies.

Paterson covered more ground – he was allowed twice as many words so he could – and his speech ranged well over the issues that should be exercising a Defra Secretary of State.  He also said something quite interesting when he said ‘Alongside growing the rural economy, I am committed to improving the environment.  The two are not mutually exclusive.’.  This is good to hear and takes a step away from George Osborne’s view that the environment is a barrier to growth (whatever that is?).

Paterson was comfortable about talking about nature and wildlife, whereas Creagh didn’t enter that area very much.  I wish we had 20 speeches to compare rather than just these two.

I have always been honest with you on this blog about the fact that I am a Labour supporter. I’ve also expressed my frustration at Labour’s inability, over quite a long period (with some highs and lows along the way) to command much respect as a party which understands the countryside.  I wish there were some evidence that that will change.

I will almost certainly vote Labour in the next General Election because the values espoused by Mary Creagh (and others) of looking after the disadvantaged in our human community, and increasing equality, are important to me.  And I live in a marginal seat, and the Labour MP, Andy Sawford, seems like a good bloke to me.  But I read Owen Paterson’s words and although I disagree with him about almost everything, I do see someone who knows about the countryside and cares about it.

Now we still seem, on countryside and wildlife issues, to be faced with a choice between Labour, a party that doesn’t care much about the countryside but listens to science and generally muddles through with a few good things, and the Conservatives, who do care about these matters but have a recent track record of getting them badly wrong.  Not that hard a choice really.

51 Replies to “Now that the Party (Conference) is over…”