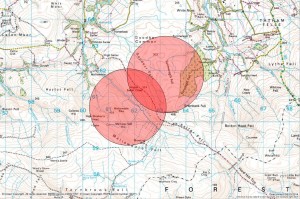 Natural England has just published some of its data (that I believe we paid for – as taxpayers) on satellite-tagged Hen Harriers. This is to be welcomed as what can possibly be gained by keeping secret data that in some cases are seven years old?

It’s not exactly data of the quality of those published by the RSPB a little while ago – but it’s a good start.

In 2014, nine Hen Harrier chicks were tagged in England and only three are still known to be alive. Two have died from what are thought to be natural causes and the remaining four have disappeared.  Two of these, Sky and Hope, we have known a little about for a while because the RSPB told us about them. The other two missing birds (one from Langholm and the other from ‘somewhere in northern England’) disappeared on 1 September and 21 September – both in the Yorkshire Dales.

There are plenty of wise caveats about what the disappearance of these birds from the airwaves might mean – these are well worth reading.

Also, and these will repay careful examination, NE has published some information about the length of time that the satellite tags continued to transmit and the status of the birds. They don’t seem to last long do they?

I’ll be having a careful look at these data over the next few days and pondering over them.