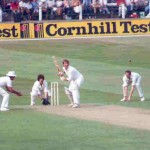 The latest in the ‘You Forgot the Facts, Sir Ian’ campaign is reaching out to the farming community.

Farmers are being asked to sign up to an error-riddled anti-RSPB letter, and when 100 of them do, then their names will be published. I’ve always wanted a list of the 100 most ecologically illiterate and rabid farmers in the country and I can’t think of a better way of getting it than this.

Apparently the RSPB criticises farmers on a daily basis. Really? When did they do that yesterday then?

Buzzards are exploding all over the countryside (watch out for Buzzard shrapnel!) and have been seen eating small birds rather than their usual diet of nuts and berries. Presumably we should blame the Buzzard for the decline in the Turtle Dove, Tree Sparrow and Yellow Wagtail should we?

White-tailed Eagles make farming very difficult in some unnamed parts of Western Scotland, apparently. Although the tourist industry is thriving because of them.

By the way, Elmley is no longer an RSPB nature reserve.

This letter, that real farmers are being asked to sign, was produced after ‘a lot’ of conversations with farmers, and is so bad that it really does look like a comical pastiche of a Shooting Times editorial and a Songbird Survival press release. But, I do believe they are serious.

Let’s see 100 farmers put their name to this nonsense. Will we see the names of current and past NFU hierarchy? Peter Kendall will you sign? Meurig Raymond – how about you? Guy Smith – surely you will sign? How about past Presidents of the CLA then? I really can’t see the likes of Henry Aubrey-Fletcher or David Fursdon putting their names to this – but it would be awfully interesting if they did.  Maybe FWAG worthies will sign up? Philip Merricks, owner of the Elmley Marsh nature reserve and occasional contributor of comments to this blog – will he sign up to support this (bit difficult probably as Chair of the Hawk and Owl Trust when the letter is banging on about Buzzards)?  I’d have thought that the farming members of Songbird Survival would be more likely to sign up (Keith Cowieson seems to have gone a little quiet recently). How about Robert Middleditch perhaps?

We can only speculate until the list of the maddest 100 farmers in the country (not shooters mind, these are farmers) is published.  It’ll be more interesting than the Sunday Times Rich List.  I’ll certainly be spreading the word on Twitter and Facebook.

At least this initiative claims that it will publish the first 100 farmers to sign up – if they can find any to do so. How about giving us an idea of who the first 100 shooters are who support this campaign too? Or even who has funded it?  Or maybe the ‘You Forgot the Facts, Sir Ian’ campaign could allow comments on their website to gauge public reaction to their views?

39 Replies to “This could be a very useful list”