I voted for him so I guess I must be pleased, but I am somewhat nervous too.  Interesting times.

Today is the first time I have ever woken up knowing that the leader of Labour Party has politics some way to the left of my own. It’s a strange feeling.

It seems to have escaped the notice of some commentators and most Labour MPs that things are changing.  Something is afoot!

Those who are describing the Corbyn arrival as the shortest suicide note in politics (Matthew d’Ancona), or those who have taken their ball away already, seem to have neglected to notice that the Labour Party was wiped out in Scotland a few months ago by a more radical political party. Even by a party with the word ‘National’ in its title after Scotland had, somewhat narrowly, voted against independence.

And those same people seem unable to get their heads around the fact that the Corbyn victory in the Labour leadership election was stunningly overwhelming. Not a damn close run thing in any sense – a massacre of the old New Labour by the new Old Labour.  A democratic massacre which extended across the trades unions, the party membership and the £3 supporters (any Tories who signed up for £3 could have saved their money – we were all heading that way anyway). 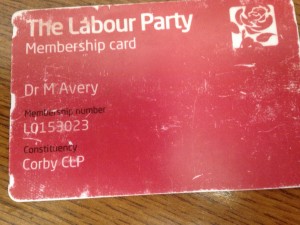 Rarely has the clearly and strongly voiced view of a large electorate been so criticised by those who claim to be part of the same movement! Funny really isn’t it?

We weren’t given many options really, were we? Andy Burnham seems to lack any strongly-held views, Liz Kendall is Tory-light and Yvette Cooper, sadly, only showed some of her personality late in the day.  It was impossible to see any of them as an effective Opposition leader and even more impossible to see any of them as a Prime Minister.  Their leadership qualities seemed  non-existent – it’s impossible to follow a leader who doesn’t know where they are going.  All three of them, Ms Cooper to a lesser extent, seemed to spend more time talking about winning the next election than they did about right and wrong. All demonstrated their lack of fitness for the job and so we were left with the dark horse, Jeremy Corbyn.

How could one? Pretty easily because these all look like good leadership attributes that could come in handy when deployed against Gideon Osborne in four years time.

The challenge for Corbyn is to unite the parliamentary party or to replace the disaffected with better material for the future.  He may fall flat on his face. He may be brilliant. We’ll see.

Two things are certain though. The other three candidates were not up to the job. And Corbyn has just romped home in an election – Labour needs someone who can do that in just under five years’ time.