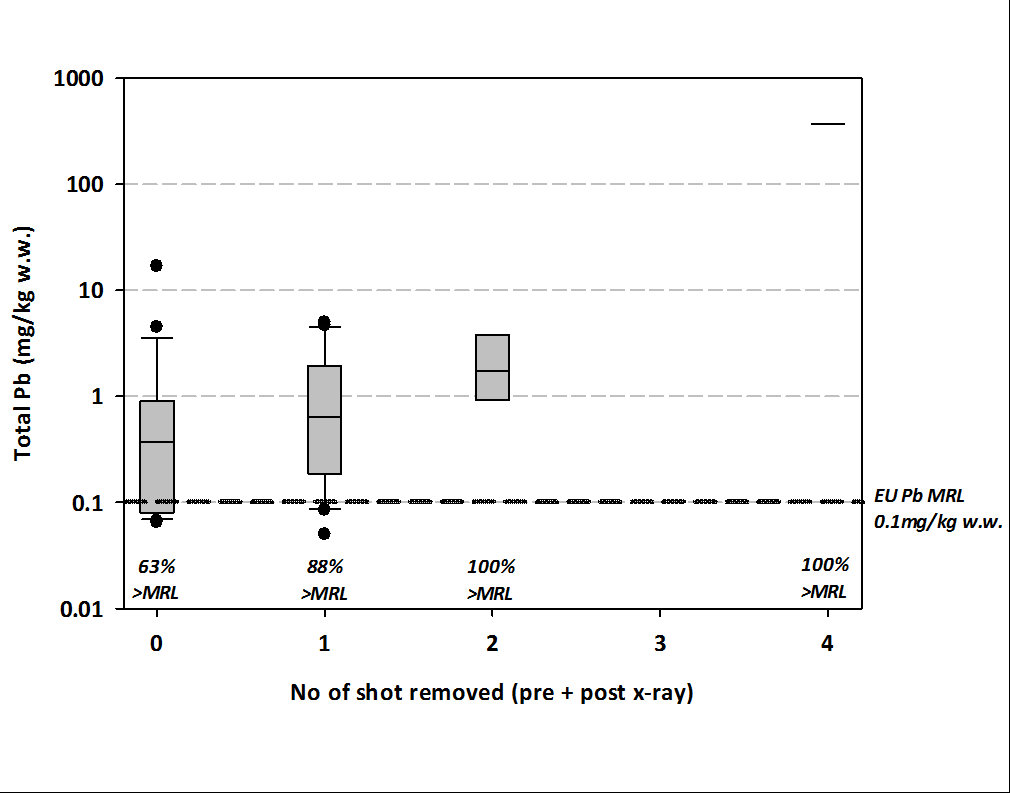 These are the same data presented in a slightly different way – here we can see the means of the data in each category of #shot removed.

You can see that the mean lead levels of the samples rise with the number of shot found in each Red Grouse – but there is a huge variation. The number of shot found in a Red Grouse carcass sold by Iceland Foods is not a good indicator of its lead level: the highest sample value did come from a Red Grouse with four pellets in it, but the second highest came from one in which no pellets were found.  This suggests that if you eat a Red Grouse (Pheasant, partridge, pigeon) and don’t find any pellets in it, you cannot breathe a sigh of relief about how much lead you have just ingested – it really doesn’t tell you that much.

Remember, the lead levels are measured in 1g (dry weight) samples from the homogenised meat of single Red Grouse. You’d expect homogenisation to mix the lead up pretty well, but not necessarily perfectly.  It would be rash to assume that all the meat on the Red Grouse with the highest sample reading was that high, just as it would be rash to assume that all the meat from the lower samples would be that low. There will be variation within the carcass, which might well persist after homogenisation. So these 40 samples from 40 different Red Grouse tell us more about how much lead you could expect to consume if you were a frequent lead eater than how much lead there was if you had eaten the whole of any one of these Red Grouse.

You should digest that for a while now.