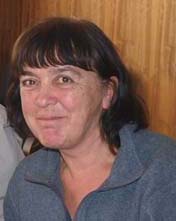 I studied Geology and Biology at Keele University and graduated in 1979.  My husband and I moved to Skye in 1980 and in 1984 we set up the Skye Environmental Centre to run courses in geology and wildlife.  We then started receiving injured wildlife and this was the start of the animal rescue and rehabilitation work.  In 1993 we set up the International Otter Survival Fund to help not only our own local otters but all species worldwide.  To date we have supporters in 26 countries and have helped with projects on all 13 species of otter in 34 countries.

Otters are great ambassadors to a healthy environment – they are at the top of the food chain and use both the land and water, so both habitats have to be in pristine condition – this is important for all species, including our own.

And yet, otters the world over are being exploited for commercial gain and in some places hunted almost to extinction. Their habitat is being destroyed and fish stocks depleted.  And they are being killed on our roads.

As recently as 2012, the Japanese otter was officially declared extinct, and of the 13 species that now inhabit our planet, 12 are declining in numbers.  Indeed the only species which is classified as “Stable” is the North American river otter.  But even this is questionable when we consider that nearly 40,000 otters are legally trapped and killed in North America each year.  Of course, these figures do not take into account those animals which are caught by “accident” when trapping for other species – this must be quite high as in November 2015 one person caught two within 10 days in Indiana when trapping for beaver, and of course most animals caught “accidentally” are not reported.

In the United States otter numbers were so low that they had to be reintroduced into 21 states and in 14 of these they can now be legally trapped again.  In total 37 states allow trapping.  This trapping is supposed to be “sustainable” but there are no accurate population figures so if you don’t know how many you have, how can you say it is sustainable to “harvest” so many.

One of the biggest threats to otters in Asia is illegal hunting as their fur demands a high price in the illegal wildlife trade.  They are also taken from the wild as pets, particularly in countries like Indonesia and Thailand.  They usually kill the mother to get the cubs which often die as they aren’t cared for properly, so they go for another one.  If they survive they may be kept until they are big enough to fetch a good price for the skin. This is clearly having a drastic effect on otter populations and more information can be found in the International Otter Survival Fund’s 2014 report.

Pest control and the valuable skin trade are the main driver of hunting.  Otters are often seen as pests by fishermen because they compete for fish and destroy nets. Many people are very poor and depend on fishing for their livelihoods, so such losses can have a serious impact on their lives. The killing of otters in the affluent west is very different to the situation in Asia, where the hunting is largely driven by poverty.  Yes, there is an economic aspect in North America but it is also very much regarded as “sport”.

And yet, no-one gives otters a second thought.  More and more effort goes into the conservation of large species and most of the major conservation organisations target high profile animals such as the panda, tiger, elephant and rhino, at the total expense of the smaller species.  And yet for every tiger skin found there are at least 10 otter skins and one haul in Tibet had 778 otter skins.

One of the problems is lack of awareness and that there are so few people working on otters in Asia and so the International Otter Survival Fund (IOSF) has been holding a series of training workshop for students, park rangers and government officials to encourage the next generation of otter workers.  In this way we can get reliable data on otters, encourage enforcement of legal protection and develop effective education/public awareness programmes within local communities.  One of the outcomes of the workshops is a network of local otter workers who can share information and advice and can develop otter conservation programmes together.  We now have Otter Networks in Bangladesh, Cambodia, India, Indonesia, Nepal, Pakistan and Vietnam and these are all linked through the Asian Otter Conservation Network.  The next workshop will be held in China in September and a Chinese Otter Network will be formed.

And what about our own otter in the UK, the Eurasian otter (Lutra lutra)?  Surely this species is ok.  The Eurasian otter has a worldwide range from Ireland in the west to Russia and China in the east, and down to south-east Asia and north Africa.  This all sounds very positive and yet it is classed as “Near Threatened” and in Asia it is believed to be “Critically Endangered”.  In parts of China it is almost extinct and in the Changbaishan Mountain Reserve numbers went down from 1.2 million in 1975 to just 4 in 2012 – that is a decline of over 99%.  There have been no sightings of this species since the early 1990’s in Bangladesh, Indonesia, Sri Lanka, Cambodia, Vietnam and most of India.  We also have to remember that Asia forms about 80% of the geographical range of the Eurasian otter.  People may consider it “safe” in Europe but it is declining in some areas here too, so there are very serious problems.

If we really want to conserve otters we have to create a greater awareness of otters and their importance in the ecosystem and demonstrate how vital they are in wetland habitats.  This is the reason IOSF has declared 2016 “THE YEAR OF THE ASIAN OTTER” to draw awareness to the plight of the world’s otters.

It is essential that governments and other conservation organisations take more notice of otters, consider them in their conservation programmes and enforce legal protection.  It is our responsibility to preserve otters, wildlife and the environment for our children.

For more information on the work of the International Otter Survival Fund go to www.otter.org