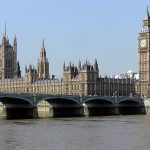 A new line has begun to appear in some standard letters being sent out by MPs, overwhelmingly by Conservative MPs, in response to your letters to them about the debate on driven grouse shooting.  I suspect that these are designed to be used in responses to BASC members but have found their way into replies to some of you.

The line is ‘I applaud the strong line that the British Association for Shooting and Conservation takes on this matter, and would urge that it continue.’.

You can see these words on three MP websites Andrew Bingham MP (569 signatures), Mel Stride MP (360 signatures), Nigel Adams MP (226 signatures) and in letters/emails from some MPs too (eg Mark Garnier MP, (222 signatures)).  Three of these four MPs are members of the APPG on Shooting (and Conservation ho!ho!) which is serviced by BASC.

If my MP included this in a letter to me I would write back as follows:

I was intrigued by the line in your letter ‘I applaud the strong line that the British Association for Shooting and Conservation takes on this matter, and would urge that it continue.‘ as, apart from being against wildlife crime like every other organisation is, I am not aware of BASC having a strong line. Could you please clarify what you meant by this? Given that you went rather out of your way to mention this in your letter, what evidence do you have that BASC is going out of its way to reduce wildlife crime on grouse moors.

I notice that you are a member of the APPG on Shooting and Conservation which is  serviced by BASC. Have you ever shot a grouse yourself?‘

MPs sometimes hope we won’t notice these things or pick up on them. If we do, it keeps them on their toes.  And no doubt BASC will have to spend some time drafting a paragraph for MPs to use in their replies to you – let’s call it the overheads of advertising.