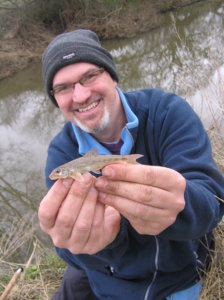 Kevin Parr is a writer, angler and amateur naturalist from West Dorset. He is the author of Rivers Run, The Idle Angler and The Twitch (which was this blog’s book of the year in 2014) and writes regularly for a variety of publications including BBC CountryFile Magazine and Fallon’s angler.

I had the opportunity to talk to a reasonably large crowd of people in the summer. Pretty much all were non-anglers and most of them stayed until the end. I took questions and knew inevitably what the first one would be. In truth, I welcome it. I find it helps me to understand my own contradictions.

Yes and no, I answered. I spoke of scientific studies, experiments with bee stings and a lack of nerve endings. I pondered the concept of pain itself and the influences of cold blood. Then I talked about resistance and the fact that a fish wouldn’t pull back if it wasn’t panicked.

And while my answer was decidedly ambiguous, it did give me a chance to explain why I fish. After all, I may not be a person who is particular assertive with his opinions, but I like to believe that I act within balance.

For me, escape and connection are the chief draws of angling. The former point has become less pertinent as my life has simplified, but when I was working long, stressful hours, my need to catch fish (and achieve) was far greater.

The issue of connection is somewhat less tangible, but is probably not dissimilar to flying a kite. The world within the water fascinates me but it is a place where I cannot survive. The only way to connect is through a fishing line, and a first cast is rather like a child clutching the string of a soaring kite. In that moment I am in touch with a different world just as that child might be feeling the sensation of flight.

So it is that the interest I and most anglers have for the sub-surface world throws up the contradiction to which I earlier alluded. How is it that anglers claim to care so much about an animal that they forcibly remove from their environment only to put straight back? It is an undeniable paradox, yet the fact remains that the majority of anglers are passionate about the welfare of fish and the habitat in which they live. And for the most part, anglers are happy to pull in the same direction – content in their (self given) role as guardians of our waterways.

Now and then though, comes along an issue that divides the angling world, and recent rumbles have been caused by otters.

The resurgence of the otter has been one of the great conservation success stories of the past fifty years. Having faced the threat of extinction, they now swim in every county, and an added bonus is that they’ve become quite user friendly too. Following the hunting ban in the late 1970’s, otters have adapted their habits. They have less fear of Man and are far more active in daylight. Furthermore they have moved into towns and cities and have become popular sights for thousands of people.

On my local Dorset Stour, I might make half a dozen sightings over the course of an afternoon’s fishing. Most are fleeting – a mid-river roll or telltale trail of bubbles – but all the while that I remain benign so the otters treat me like part of the furniture (this is another reason why I love to fish). In some towns on the Stour, such as Blandford and Wimborne, the otters have become familiar attractions, and offer photo opportunities and extraordinarily confiding views.

The otter renaissance has not been welcomed by all, however. Further downstream some anglers are blaming otters for the decline of large chub and barbel that have been long sought on the lower river.  The impact elsewhere is more marked, with the two largest known barbel in the country having been predated on the Great Ouse and Ivel. Of course, a healthy river will support predators and prey and even on rivers where otters have not previously occurred, a balance will be found in time.

Unfortunately, our rivers are not in the best of health.

Pressures stemming from excess abstraction and intensive agricultural practice have caused fluctuations of nitrate levels which in turn may bring algal bloom and lower oxygen levels. Weed growth is suffering, particularly on chalk streams, leaving less food and shelter for micro-organisms and invertebrate life. The increasing presence of non-native species (the signal crayfish being most prominent) is compounding the issue, while also giving predators such as the otter an alternative food source.

Of course the ecology of a river is always changing, and over time will adjust in accordance with any changes within or around it. Typically however, Man tends to view time only within the boundaries of his own life-span, and will often react to a short term fluctuation with panic rather than measured acceptance.

It isn’t easy for anglers to simply put up and shut up, particularly if they have witnessed a favourite stretch of river lose the character of its fish, and some will struggle to ever accept the presence of otters. For some fishery owners though, there is a more pressing problem. That of the threat to their livelihood.

A typical example was faced by Mark Walsingham, a Marine Biologist and former Head of Rural Surveying at the National Trust. Mark now owns a 17 acre site in the Somerset Levels, where some of the most sought after carp in Britain swim. Some of these fish may be more than forty years old, and anglers come from around the world to fish for them.

Around twenty years ago, with otters beginning to frequent a nearby river, Mark took the decision to fence the whole site in order to protect his stocks. The fence has worked as hoped by keeping otters out of the site, despite other lakes in the area suffering from loss of stock. It has also benefitted other wildlife, with water voles flourishing alongside reed bed specialists such as the Cetti’s warbler and water rail.

One issue still troubled Mark, though. The otter is protected under Schedule 5 of the Wildlife and Countryside Act 1981, so should one manage to gain access to the site, he would be powerless to act. A stray branch loosened in a storm or an act of vandalism could leave his livelihood at stake.

Normally when such an issue is identified, any concerned parties mark their ground as far away from one another as possible and dig their heels in. The recent ‘debate’ on the Banning of Driven Grouse Shooting is a case in point. Calls to curb unlawful and unethical practice are ignored for so long that it takes an extreme position just to get a voice heard. And even then the opinion of many is simply swept under a Westminster carpet.

Rather refreshingly however, Mark came together with Dave Webb from the UK Wild Otter Trust and alongside organisations such as the Predation Action Group, Embryo Angling and The Angling Trust the issue was quickly identified and agreed upon. Two years on, and despite having no formal process by which to work, Natural England have now granted the first licences for the live trapping and removal of otters from within fenced fisheries. The traps will be baited with fresh spraints and the otter, once caught, will be released immediately outside the fishery, ensuring it remains on territory and causes no imbalance to local ecology.

A minority of anglers remain unimpressed, but hopefully they will gain a sense of perspective. As with any predator, an otter has a vital and specific role within its environment. Moreover, in a year that has seen such polarisation, to achieve anything resembling common sense is surely to be celebrated. 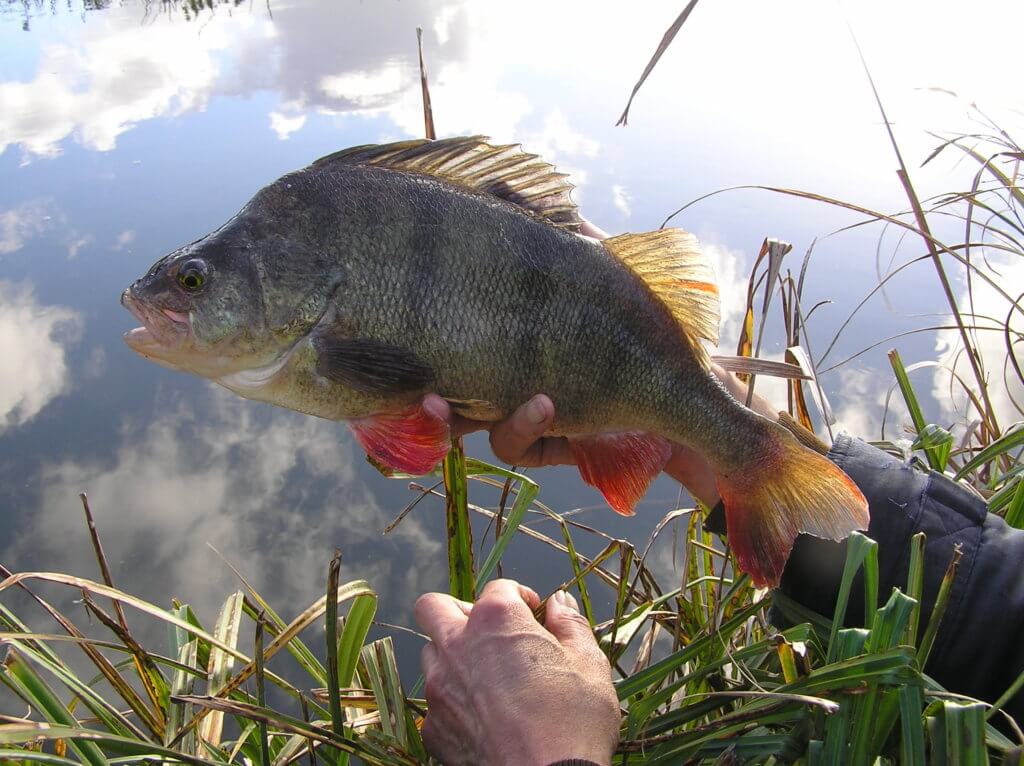