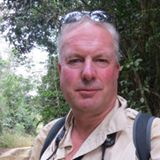 Keith Betton is, amongst other things, a mate of mine and the co-author of Behind the Binoculars, in whose pages you can find out more about him. At the moment he is in Senegal birding but he left this blog before he left.

SHOULD WE WORRY ABOUT THE LACK OF YOUNG BIRDERS?

I was at a local bird club meeting recently when someone raised the question as to why there were no young people present.  Indeed, in my mid-50s I was definitely in the youngest 25% of the audience. And it left me wondering if we should be worried about the lack of younger people attending meetings of local societies.

Thinking back to when I was a kid, there were very few people of my age at my local bird club and I and my friends were treated with a certain amount of disdain.  We were sharper-eyed and more knowledgeable than many of the older club members and they clearly resented it.  So I think that it has always been the case that local bird clubs have been the domain of those in their middle ages and beyond, and I suspect it always will be the case.

But I am hopeful, because the big difference between then (the mid-1970s) and now is that all of the national wildlife organisations are almost falling over themselves with enthusiasm to welcome young people to their membership.  Bodies like the RSPB and BTO are often celebrating the achievements of young people, and the BTO has had a number of young speakers at its recent conferences.  On top of that we have the relatively new groups – A Focus On Nature and The Next Generation Birders – which have been skilfully set up to not only allow young birders and naturalists to find their way but also to encourage them to take leadership roles to move the organisations forward.

So, I am confident that there are plenty of young birders around. But they have many other things to do that take priority in many cases. The key thing is to make sure that all young people are aware of nature so that they can decide whether they want to make it part of their lives – either now or later. Most of our local club members only got involved in their 40s and 50s – so they are proving the point that people choose their own time to get involved.

One of the brightest young birders in my county – Hampshire – was Cameron Bespolka.  He was a keen photographer and active birder both locally and further afield.  Tragically 3 years ago he was killed in a skiing accident and his family and friends now run a charity in his memory, The Cameron Bespolka Trust.  We are trying hard to create and promote opportunities for young people to engage with nature, and have decided to make available full sponsorship of one young person between the age of 16 and 18 to attend the Cornell Laboratory of Ornithology’s Young Persons Event in New York between 6th and 9th July this year.  Everything will be paid for, including that person’s flights.  I am sure that a few 16 to 18 year olds read this blog, but more than that I’m hoping that if you’re reading it and you know someone in that age group who could benefit from that sponsorship, then please bring it to their attention.  It could take them to the next stage in their ornithological development, or maybe even result in them working with birds as their career.

Mark writes: this is a great opportunity for someone. Cornell is a great place for a birder to go; lots of birds and lots of birders. The Cornell Lab or Ornithology is a bit like the BTO – but more exciting! Can you imagine that?!  Give it a try – go on!  Here are a few blogs about my times there which don’t tell you very much except the affectionate tone in which they were written tells you how I was feeling about the place (see A memorable Memorial Day,  28 May 2013; What a hoot, 29 May 2013;  Room 101, 16 May 2011; Fitz, 17 May 2011). If I were 16-18 I would certainly throw my hat into the ring for this opportunity.