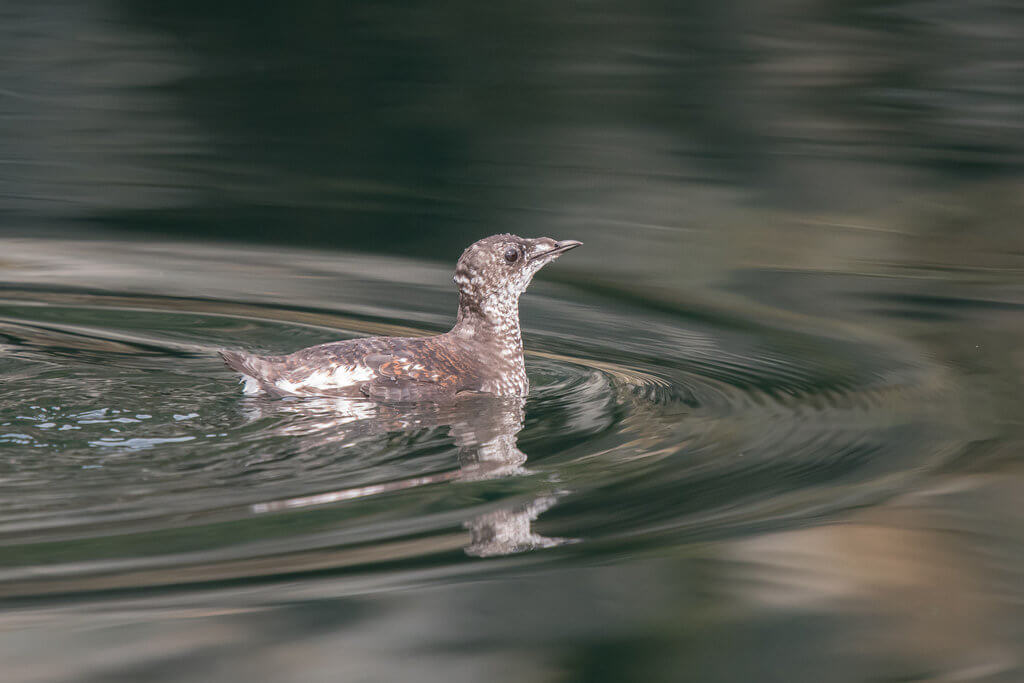 Tim writes:  For much of the 20th Century nobody had been able to find a nest of Marbled Murrelet. By the mid twentieth century the National Audubon Society was even offering $100 reward for the finder of the first documented nest as all other nests of North American birds had been found by this time.  The mystery was finally solved in 1974 when a tree-trimmer in California’s Big Basin Redwood State Park discovered a nest.  It was 148 feet off the ground on a mossy branch of an old growth Douglas Fir.  They usually only nest in old growth forests and have become a flagship species for forest conservation in North America.

They are easy enough to see off America’s west coast but they are fiendishly difficult to photograph as they either dive or fly away if anything approaches within 100m or so.  It took me ages to get this close picture of a breeding plumage adult in Alaska’s Prince William Sound where a significant proportion of the world population breeds.