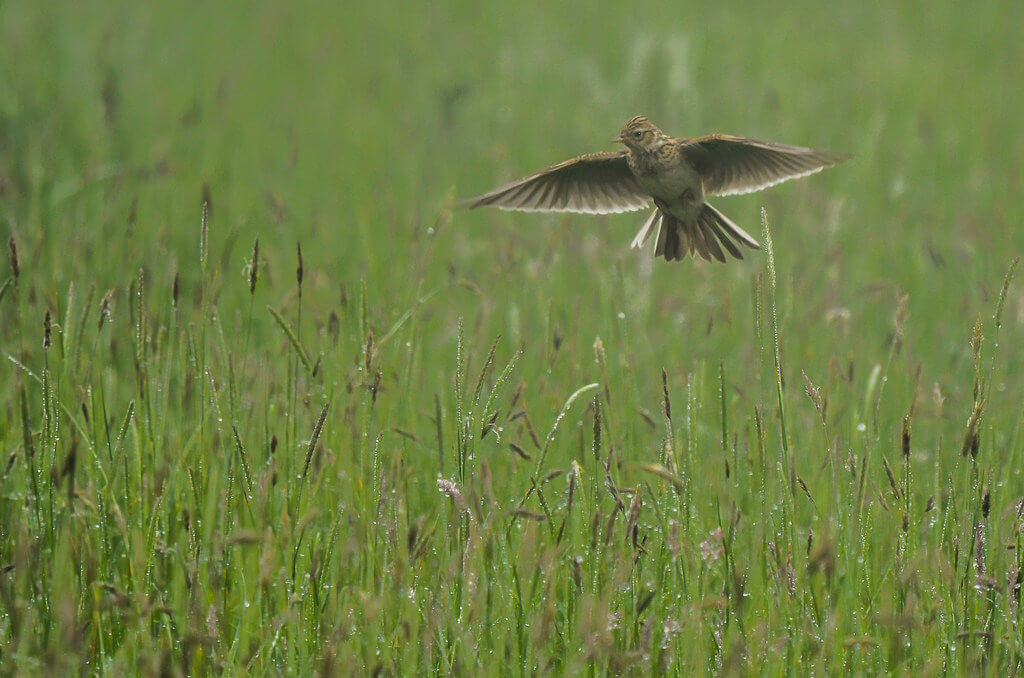 Tim writes: This photograph was a lot more difficult to take than it looks.  Once a Skylark has started to sing he rises up and rarely comes down.  And when he does appear, it is usually too far away to capture.  I photographed this one early morning after a night of heavy rain.  This hay meadow was soaking wet and I watched a Skylark land in the wet grass.  I focussed on the spot for several minutes until he eventually rose giving me a vanishingly quick photo-opportunity.

The Lark Ascending was originally a poem by George Meredith* which inspired Vaughan Williams to compose his piece 33 years later in 1914.  “He drops the silver chain of sound” is a line from Meredith’s poem which describes the song quite well.