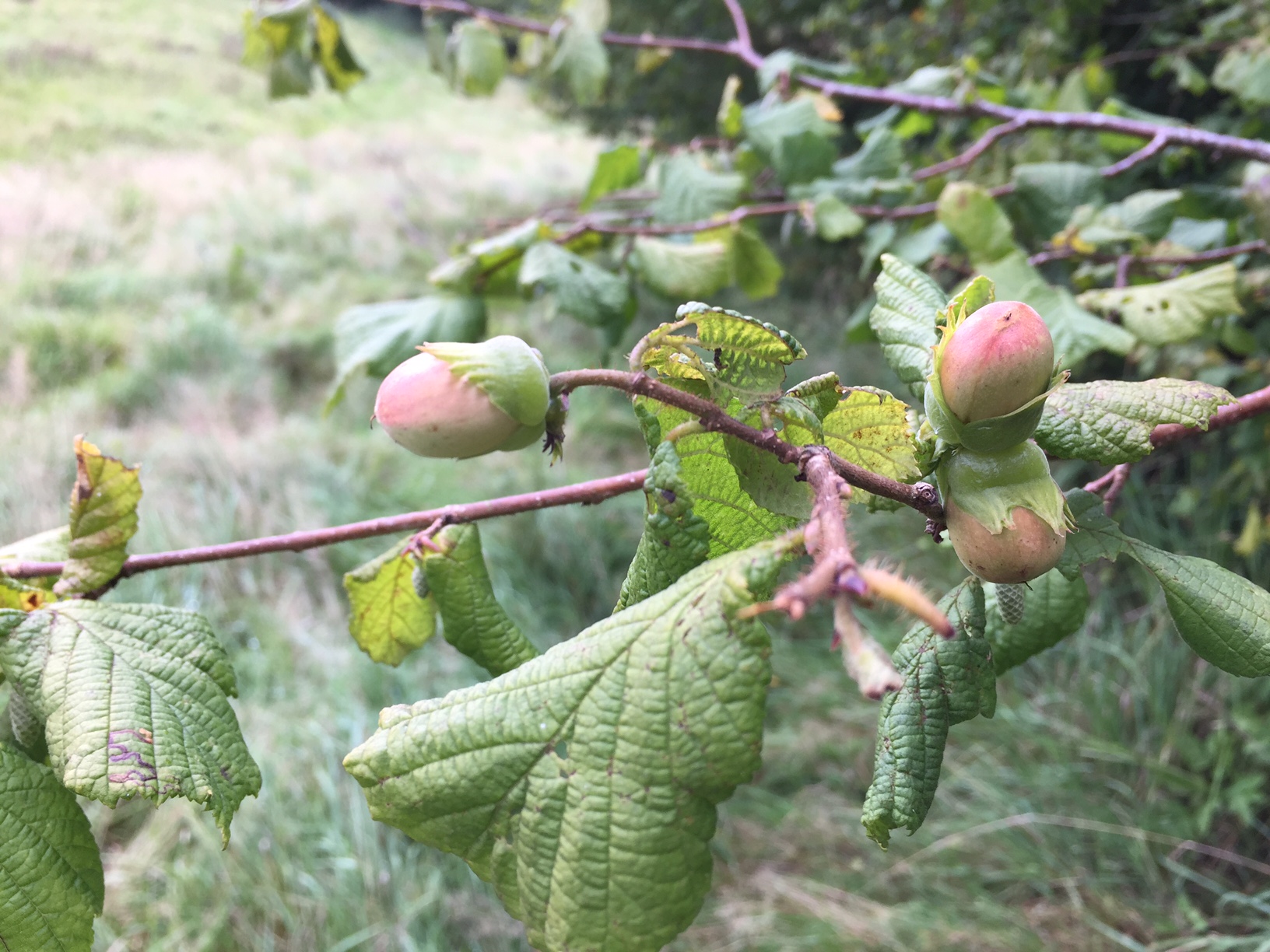 This is one of my favourite wild foods and between early August and October (in a good year), I don’t go for many local walks without risking my teeth and cracking open at least one or two. The Hazel would have been one of the first trees to recolonise Britain following the last ice age and it’s easy to feel something of a connection with ancient landscapes when eating the nuts – animals (including people) have been doing the same thing, in much the same places, for thousands of years.

In modern Britain too, you will face some stiff competition – so much so that it’s a rare treat to find a fully ripe, deep-brown coloured nut in October. Usually you have to gather them earlier in the season when the shells still have some green in them (like the ones pictured in early-September), though they still taste delicious. It’s not fellow humans that are pinching them these days although humans are, indirectly, to blame. It’s introduced Grey Squirrels that do the damage and if you are too late reaching the trees they will be bare, the nuts transformed into a dispiriting clutter of split shells on the ground below.

Grey Squirrels are so effective in their depredations that I wonder what the impacts might be on native species that also enjoy these nuts – the declining Common Dormouse for example. It also makes me wonder whether our native Red Squirrels were just as efficient at nut harvesting before they were pushed out by the Greys. Perhaps someone lucky enough to live in a place where Red Squirrels are still hanging on knows the answer? 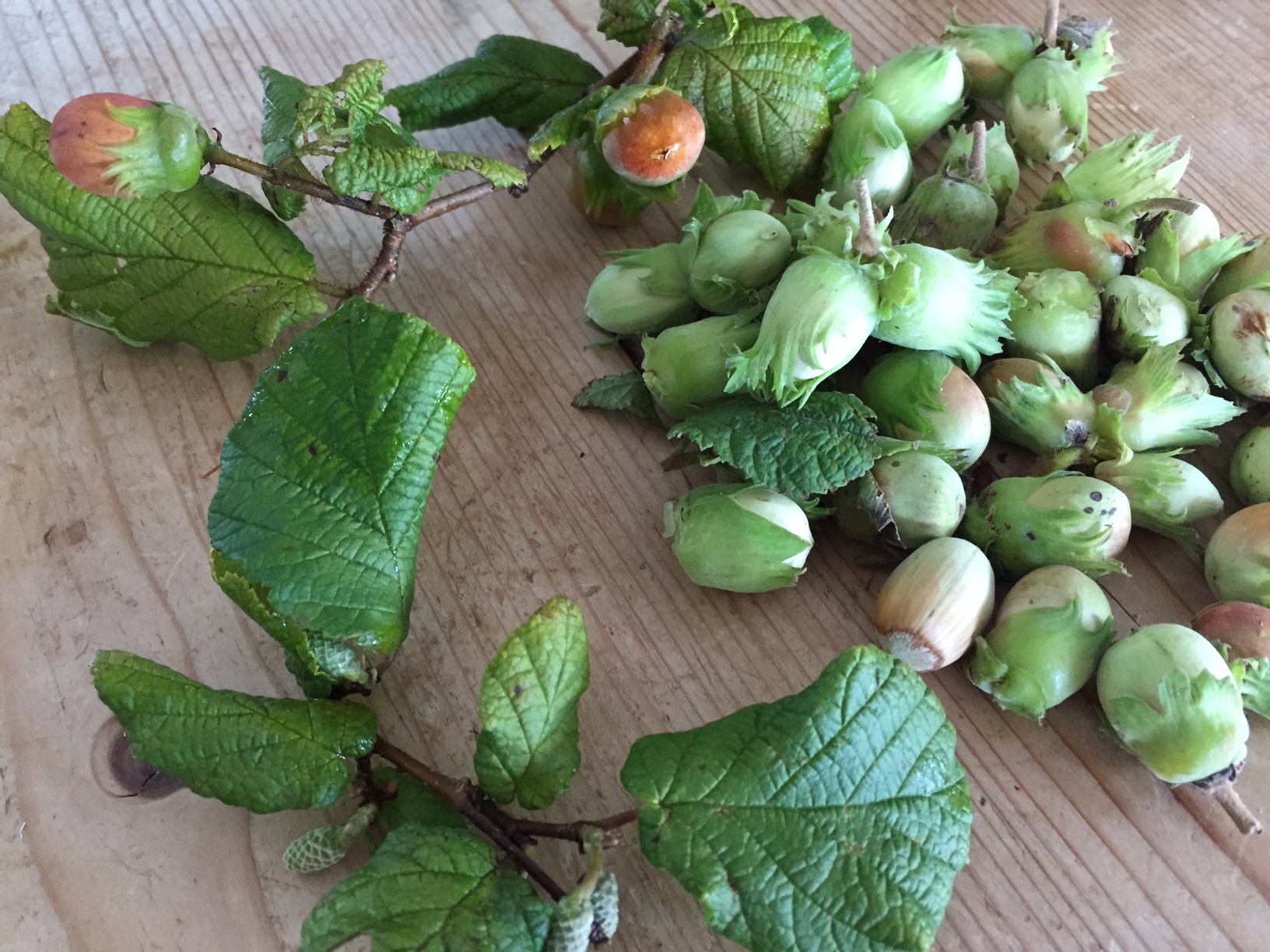