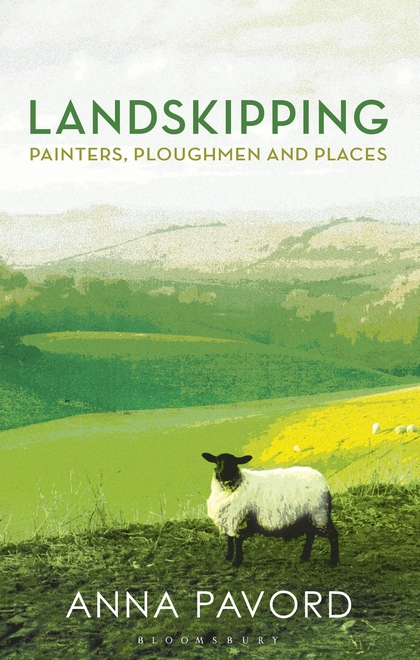 Landskipping is a very individual and reflective account of the British countryside and how it, and our appreciation of it, has evolved over time. It is loosely divided into three parts, covering the history of landscape painting and landscape tourism, the all-pervasive influence of farming, and the importance of a sense of place in our lives today. The central thread running through the book is the question of what is it about landscapes that makes us value and appreciate them. As becomes clear, these things change with time and can be hard to pin down.

For the most part, the book reads as a celebration of landscapes and their history. The countryside is clearly very important to the author, something she traces back to her childhood and time spent exploring the hills around her home in the Welsh borders. Mostly she focusses on how things look, but the animals and plants living within the landscape are often referenced – she has a particular thing for Rooks which get half a chapter all to themselves. She writes with authority (but a light touch) about the politics of the countryside and how this has influenced major changes over time. The history of common land and the Enclosure Acts, for example, are described at length.

A single chapter deals with modern farming (and other present-day human activities) and its influence on landscapes and the wildlife they support. I thought this might be the most interesting part of the book but it ended up being the only part that disappointed. The huge losses of biodiversity of recent decades are not ignored completely but are certainly glossed over. She notes that site protection and countryside stewardship schemes are a ‘piecemeal approach’ to conservation and not the way forward. But she provides no real alternative other than highlighting the essential role of farmers as landscape stewards. She cites the example of the Lake District with its sheep-chiselled views pulling in millions of visitors every year; one senses that any kind of re-wildling would, in her eyes, be an affront to the history of this particular landscape.

Other complex issues are raised almost as an afterthought. Windfarms get eight lines, three of which are given over to an Owen Paterson quote and three more to concerns over increased cement production in order to build the supporting concrete platforms. The chapter ends with a plea for ‘real’ landscapes rather than the ‘deodorised, sanitised’ offerings of nature conservation bodies with their boardwalks, handrails and information boards. I sympathise to some extent but, again, she merely raises the subject before quickly moving on. She doesn’t say how things could be done differently.

Rather unfairly perhaps, I’ve focused on the one chapter that I wanted to like most but ended up liking least. That aside, this is an excellent book and one I enjoyed reading. It has a gentle pace, despite the amount of information packed into it, and it is beautifully written throughout. I’d recommend it to anyone who enjoys being out in the countryside and sometimes thinks about why it looks as it does. I’d recommend it less strongly to those seeking inspiration for how to manage the countryside for the better in the years ahead.

Landskipping: Painters, Ploughmen and Places by Anna Pavord is published by Bloomsbury.