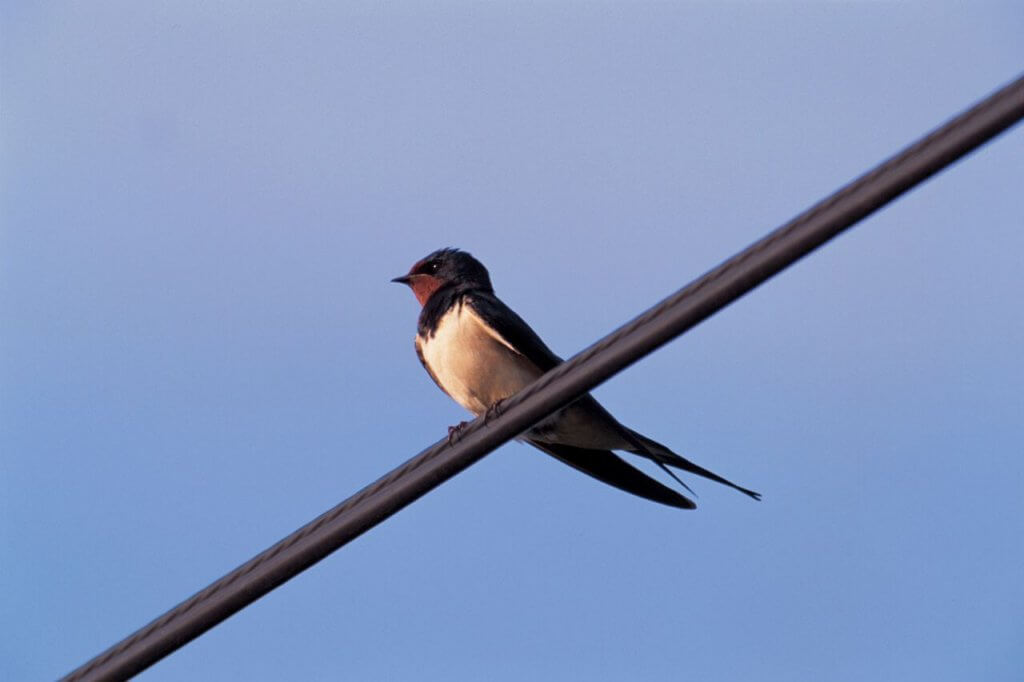 The distribution, numbers and behaviour of birds in the UK are changing because of a changing climate according to a new report.

The State of the UK’s Birds 2017 (SUKB) – the one-stop shop for all the latest results from bird surveys and monitoring studies – this year highlights how many of the UK’s species are already being affected by climate change, responding to UK average summer temperatures having increased by nearly 1 degree Centigrade since the 1980s. 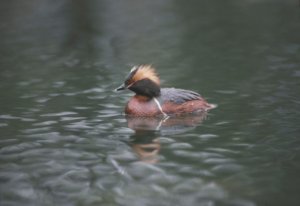 The report highlights how species’ distributions are moving northwards, shifting their distributions as temperatures rise and their habitats change as a consequence. Many of our rarer breeding birds are at a high risk of extinction in the UK, based on projections of how climate will become less suitable for these species. These birds are mainly found in the north of the UK and in many cases, such as for the Dotterel, Whimbrel, Common Scoter, and Slavonian Grebe, population declines have already been considerable.

However, the report contains better news for some birds. A number of species that currently only have a toe-hold in the UK will have opportunities for colonisation and range expansion. Some with southerly distributions in the UK have shown substantial increases in recent years, including Quail, Little Egret, Hobby, and Mediterranean Gull. Other species such as Little Bittern and Zitting Cisticola may colonise southern Britain using the UK as a refuge as their home in continental Europe becomes too warm and dry and they shift their distribution northwards.

Short-distance migrants such as Blackcaps and Chiffchaffs are already benefitting from the warmer, wetter winters that the UK has experienced over recent years and are increasingly overwintering here rather than migrating to southern Europe. Breeding numbers of both have more than doubled since 1970 by 289% and 104%, respectively. They are also expanding northwards in the UK and into higher altitudes to breed, as the climatic conditions become more favourable in these places.

Dr Daniel Hayhow, lead author of the St’ate of the UK’s Birds 2017 said: ‘The State of the UK’s Birds report this year compiles recent research showing that the UK’s birds are being affected by a changing climate. For some species climate change will provide opportunities to increase and expand provided the right habitat is there, while others will be vulnerable to projected changes in climate, increasing their risk of extinction as breeding species in the UK. Familiar species such as Swallows and Sand Martins are changing their migratory behaviour, distributions are changing and numbers of many generalist species are increasing.’

One of the most compelling revelations is how birds have adapted their behaviour in response to warming temperatures.

One of our most familiar summer visitors, the Swallow, which migrates to and from southern Africa each year, is arriving back in the in the UK 15 days earlier and breeding 11 days earlier than it did in the 1960s. Swallows and other migratory birds, such as Garden Warblers and Whitethroats are also delaying their return migration each autumn and so some species are now spending up to 4 weeks longer in the UK each year.

But it isn’t only our migrant birds that are changing their behaviour. One of our most familiar resident garden birds, the Great Tit is also laying its eggs 11 days earlier than 40 years ago. These are obvious and major changes that show that even our common wildlife is already being affected by climate change.

Dr Stuart Newson, Senior Research Ecologist at the British Trust for Ornithology (BTO) and lead author of the migration research highlighted in the report, said ‘Thanks to thousands of volunteers, many of whom have submitted observations to us over many decades, we have been able to show how birds like Cuckoo, Swallow and House Martin have responded to a changing climate. The information provided has enabled us to see that some of our summer visitors are now arriving over 20 days earlier than they did in the 60s. Ongoing monitoring is essential if we are to track the future effects of a changing climate on our birds’.

Colette Hall, monitoring officer at WWT, said: ‘It isn’t just our breeding birds that are responding to the changing climate. Each winter, tens of thousands of waterbirds migrate to the UK and our long running network of volunteer waterbird counters has tracked their changes over decades. Warmer winters on the continent have meant more birds of certain species wintering further east, such as the European White-fronted Goose. However, that trend can mask real declines in some species, such as the Bewick’s swan and the common pochard. For this reason, amongst many others, it is vital we continue to monitor our bird populations so we can pinpoint where, and subsequently try to work out why, these changes are happening. We also need to think beyond the UK and make sure that the protected site network continues to cover the right places throughout Europe and that they’re monitored elsewhere as thoroughly as they are in the UK.’.

Patrick Lindley, Senior Ornithologist for Natural Resources Wales said ‘The problems that confront UK birds, whether they are breeding or non-breeding, are problems that confront entire ecosystems. Birds are a great indicator to the health of our environment. The continued declines of birds of farmed, woodland and upland habitats suggest there are many themes that are having a detrimental impact (climate change, habitat degradation, loss of foraging resources).  The State of UK’s Birds report presents a snap shot of the impact a changing climate is having on both generalist and specialist birds within the UK.

For some species, there is optimism. The recent success of breeding Bitterns, Marsh Harriers and Cranes in Wales, demonstrates what can be done by restoring reedbed and wetland ecosystems at appropriate scales. Ultimately, the challenge is to identify the mechanisms for halting bird declines within the principles of sustainable management of our natural resources and in our co-existence with the natural world.”

Dr Michael Morecroft, Principal Specialist, Climate Change at Natural England said: ‘Climate change is undoubtedly going to be one of the greatest influences, both positive and negative, on the future status of birds and other biodiversity in England and the UK. In view of this, it is vital that we create the conditions that allow biodiversity to adapt to a changing climate over the coming decades. This should include establishing more resilient ecological networks across the country through better management and expansion of existing protected areas and wildlife habitats more generally across the wider countryside, with nature conservation working more at landscape scale. This will help species to better survive periods of extreme weather and facilitate their spread to newly suitable areas.  It would also have wider benefits for people and the natural environment, for example, creating new wetland habitats at the coast and in river floodplains could greatly reduce the impacts of more frequent flood events resulting from climate change.’.

Dr Neil McCulloch, Ornithologist at DAERA-NIEA said: ‘This year’s State of the UK’s Birds report summarises the evidence that climate change is having an increasing impact on our bird populations. The report shows that we can expect to see significant changes in the composition and distribution of Northern Ireland’s bird communities and in their behaviour. These findings also alert us to the fact that conservation planning for the future will have to take climate change into account. In addition to addressing the causes of climate change we need to ensure that both our protected areas and the wider countryside are able to provide suitable conditions to accommodate both retreating and expanding species, giving threatened species at the southern edge of their range the greatest chance of remaining while also providing suitable habitat for species expected to spread northward. This will undoubtedly be challenging.’.

In response to the report’s section on birds on the UK’s Overseas Territories, Dr James Williams, Biodiversity Indicators Manager at JNCC, said: ‘The increase in numbers of Cahows on Bermuda is an encouraging sign of successful local conservation action – especially in the face of erosion and flooding as a result of recent hurricanes’.

The SUKB partnership: SUKB 2017 is produced by a coalition of three NGOs: the Royal Society for the Protection of Birds (RSPB), the British Trust for Ornithology (BTO) and the Wildfowl & Wetlands Trust (WWT), together with the UK’s statutory nature conservation bodies: Department of Agriculture, Environment and Rural Affairs, Northern Ireland (DAERA), the Joint Nature Conservation Committee (JNCC), Natural England (NE) and Natural Resources Wales (NRW). 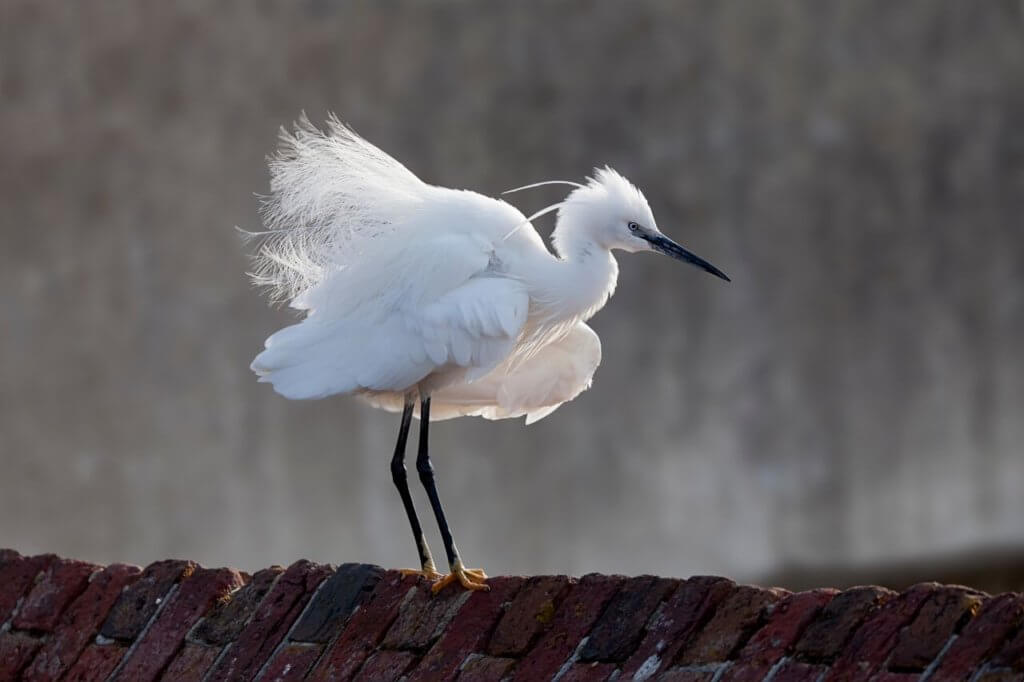 12 Replies to “Impacts of climate change on UK birds”