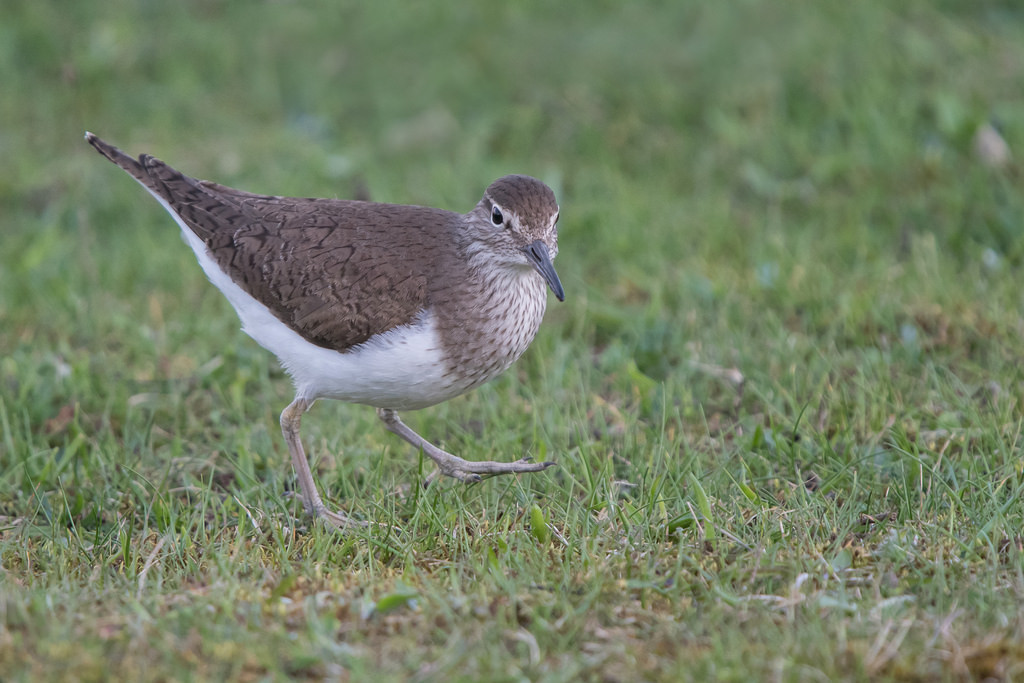 Tim writes:  Common Sandpipers are quite unusual among British waders as they are almost entirely summer breeding visitors from sub-Saharan Africa.  Most of Britain’s wading birds are winter visitors although quite a few also breed in Britain. The “kitty-needy-kitty-needy” flight call of the Common Sandpiper heralds the arrival of spring close to where I live in the Pennines.  Their stiff-winged flight across the water’s surface consists of rapid pulses of shivering wingbeats interspersed with glides.  They also have a habit of bobbing their long tail, which is why this individual appears to have such a jaunty gait.  About 15 thousand pairs nest in Britain but they are largely restricted to the uplands, but they are commonly seen on migration through the lowlands.  Its scientific name Actitis hypoleucos translates as coast-dweller that is white below.  I photographed this next to a reservoir in the Peak District on 22nd April 2018.