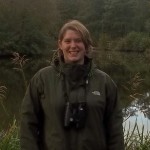 I’ve always loved wildlife and I was lucky enough to grow up in a pretty green-minded family but I can pinpoint the exact moment when I really “got” environmentalism. It was after a family visit to the RSPB Titchwell reserve in Norfolk when I was 17 and I’d picked up Your Step-By-Step Guide To Climate Bliss, a very small book about climate change produced by the icount group. There were loads of easy ways to lower your carbon footprint (grabbing a jumper rather than turning on the heating, cooking with the lid on and even sharing a shower!) and also a campaigning ask, to send off the back cover which was a postcard to the then Prime Minister Tony Blair asking him to stop climate change by creating a new law. It was the first time I realised that I could actually do something to affect this thing “climate change” that was on the news and in science lessons and there were so many easy things that you could do to make the world better. The book was short, simple and entertaining and within minutes of buying it I was hooked, and by the end of the two hour journey home I was planning a petition signing at my local market the next week. 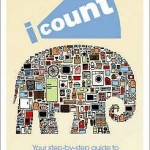 Since then I’ve been lucky enough to get involved in many, many different projects. I’ve remade paths after floods on nature reserves, I’ve sorted post in campaigns offices, I was even lucky enough to be the RSPB representative for handing in that icount petition I signed, visiting the cabinet office and meeting Tony Blair. My MP got to know my name as I sent e-petitions to tell him about issues and ask what he would do to represent me, and I learnt how complicated environmental issues, laws and policies are, as well as how many little things we can do to help in our everyday lives.
But as with many new things as time goes by the momentum is lost and you do less and less. That’s one of the reasons I started this blog, a whole year ago now, as a way to motivate me to refocus on what impact my life is having, and how I can make a better, not worse, impact on the world. It’s definitely made me think more about green issues, and notice the world around me more. I’ve tried cleaning with vinegar, started getting a local, organic veg box, learnt all about cycling safety and taken a closer look at my local wildlife. It’s had an impact on friends and family too with comments about recent posts or suggestions for future blogs. I can’t believe it’s been a year since I started, but already I can see myself slipping out of habits and losing momentum again. It’s easy to be overwhelmed by the problems facing the world and even easier to think that one small person can’t make a difference. But as the quote goes

Never doubt that a small group of thoughtful, committed citizens can change the world.

Indeed, it is the only thing that ever has. 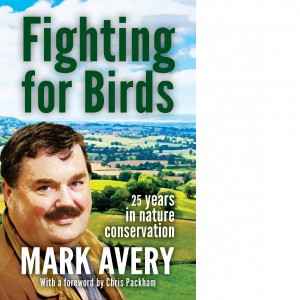 and all I really needed was a injection of motivation again to lift my spirits and that’s just what I got this week from another green book. Advice from parents is often very good advice (sometimes grudgingly and annoyingly)  but it doesn’t often come in the form of print. Proudly reading my Dad’s new book  Fighting for Birds I enjoyed often-told family stories and hearing his thoughts on conservation issues but the Climate Chapter really hit home. Again I had a moment when I realised the only thing that will create a better future climate is us, doing something, and the only thing that’s stopping us (as a world population) is our own inaction. When I think about it like that I feel really excited about writing to my MP, MEPs and councillors, motivated to try new green ideas and guilt tripped into avoiding bad consumer choices.
So, fully motivated again, I’ve set myself a few new green challenges:
Let’s see how the next year goes!
Likes

20 Replies to “Guest Blog – One year on – Jennifer Avery”