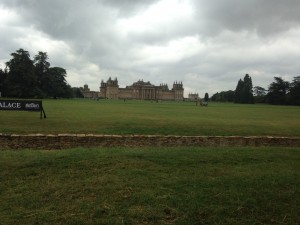 ‘Oh we all read your blog – don’t you worry‘ – a senior staff member of a pro-shooting organisation.

Trimbush – was that you entering Churchills’s tent at around lunchtime on Saturday?

‘Ian Coghill out-Faraged Nigel Farage‘ – a back-handed compliment, if a compliment at all.

‘Nigerian Garage‘ – how the GWCT’s Chair was reported to have referred to the leader of one of the UK’s largest political parties (allegedly).

The Songbird Survival stand was less bonkers than it used to be, but that’s the only plug it’s going to get as Keith Cowieson knows that a Guest Blog is on permanent offer for him to set out his organisation’s views.

‘The biggest poacher in the country‘ – someone, of someone else.

‘Everything eats something else‘ – a wise member of the public

A sensible discussion – Robin Page when he doesn’t have an audience.

‘Your daughter’s much nicer than you are‘ – Robin Page (he is sometimes right).

I had a nice wave and a smile from the CLA President as he swept by on Sunday.

‘Many BASC members would be better off joining the Golf Club instead of pretending that they are interested in shooting or the countryside. It’s a social thing, really.’ – not heard on the BASC stand.

‘A page-turner of a book‘ – the reported view of a senior member of a land-owning and land-managing organisation of A Message from Martha.

Chrissie Harper and I swapped thoughts on the state of the world and what it’s like to have your name on an e-petition – here’s mine by the way.

9 Replies to “Game Fair 6: this blog, ‘overheards’ and en passant”