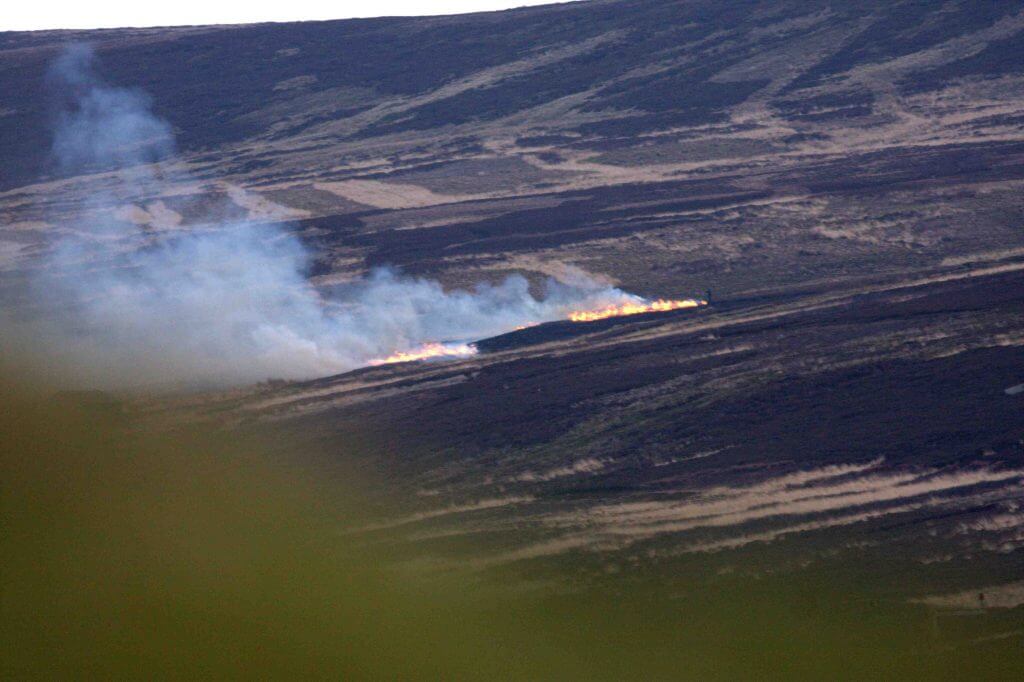 Press release about Hebden Bridge protests on Friday and Saturday:

Hebden Bridge people will gather in St Georges Square at 9am on 12th and 13th August to protest the not-so-glorious 12th August, traditionally the start of the grouse shooting season.

It is widely accepted that mismanagement of the Walshaw Moor blanket bogs for intensive grouse rearing has contributed to three severe floods in Hebden Bridge over the last four years, and downstream in the Calder Valley.

Some households and businesses have still not recovered from the terrible Boxing Day flood last year, when the town centre was under up to five feet of filthy water.

Protesters are calling for Richard Bannister, the owner of Walshaw Moor Estate, to urgently take ecological conservation and restoration measures that will significantly reduce peak flow in Hebden Water.

Although as an EU Natura 2000 site Walshaw Moor has the highest possible level of environmental protection, the landowner’s agreement with Natural England permits so-called “cool burning of heather, as well as extensive track building and draining within 50 metres of the many grouse shooting butts gouged out of the peat.

Supported by £2.5m of taxpayer subsidies via Environmental Stewardship payments for “restoring” the moors,  the owner of Walshaw Moor, Richard Bannister leaves vast swathes of precious peatland scarred with vehicle tracks  and drained and burnt dry – although the permitted “cool burning’ is supposed not to damage the sphagnum moss that grows on moorland peat and is vital for the survival of the blanket bog.

This is all so that unnaturally large populations of red grouse can be nurtured as live targets for ‘guns’.

In all areas that the Leeds University researchers looked at over a period of five years, permitted cool burning destroyed the sphagnum moss and left bare peat.

It also lowered the water table so the peat dried out, oxidised and became a source of net carbon loss – rather than a net carbon uptake through taking CO2 out of the atmosphere and sinking it into the peat. This worsens climate change.

Dr Joseph Holden’s 2015 update to this research confirmed that the destruction of the sphagnum by permitted burning on blanket bog also increases the amount and speed of water runoff during the worst 20% of storms, so worsening the risk of flooding in areas below the moors.

In response to a complaint from local residents’ group Ban the Burn, the European Commission has started a legal process against the UK government for:

The UK government had two months to respond to the EU Commission letter, which was sent on 29th April 2016. This is the first step in a legal process. But with the UK vote to leave the EU, Yorkshire and Humberside MEP Linda McAvan has said it is unclear whether the European Commission is following up the process.

Hebden Bridge residents are determined to keep up the pressure to protect and restore the rare and valuable blanket bog and in doing so, to reduce the flood risk to the town and the downstream Calder Valley.

Hebden Bridge is in the Calder Valley parliamentary constituency and has recorded the highest number of signatures of any of the 650 constituencies for our e-petition to ban driven grouse shooting.