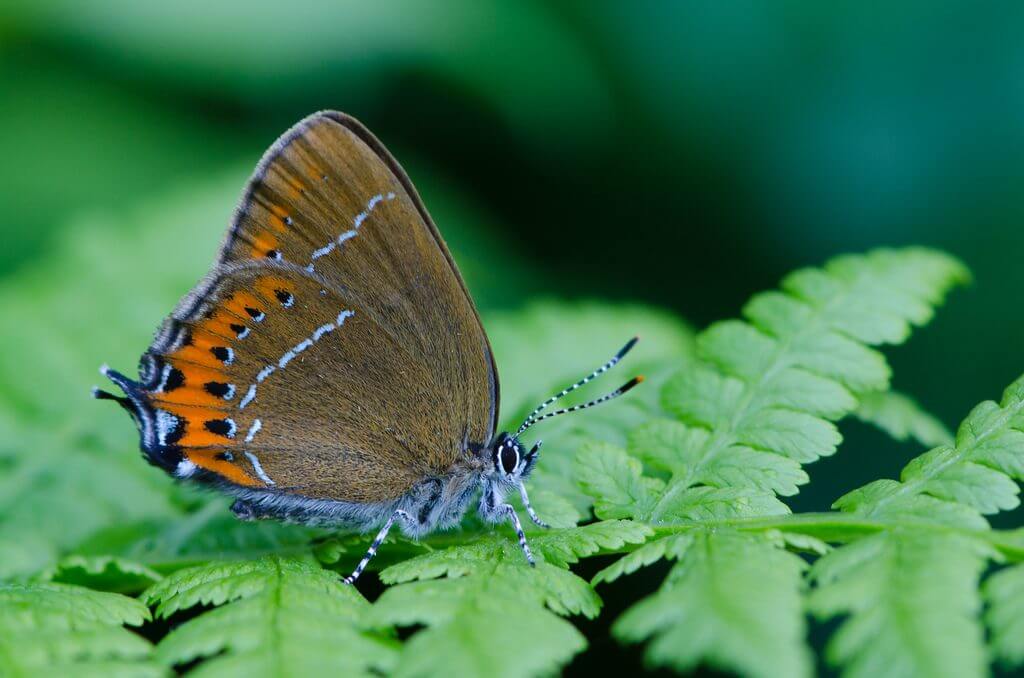 Tim writes: the Black Hairstreak is undoubtedly Britain’s rarest hairstreak, being restricted to a narrow band of ancient woodlands between Oxford and Peterborough.  They are also frustratingly difficult to predict their appearance as it varies between early and late June.  They also seem to get worn and tatty rather quickly so photographing them soon after they appear is important if you want them in good condition.  The caterpillars feed on Blackthorn but the adults nectar mainly on Bramble, Privet, Dog Rose and aphid honeydew on leaves.  They share with Green and White-letter an annoying hairstreak habit of never resting with wings open.  The row of black dots inside the orange hindwing band is a diagnostic character to distinguish them from the closely-related and similar White-letter Hairstreak.  This was photographed in the woodlands in the Bernwood complex just north of Oxford.

Mark writes: a local speciality for me – I try to see them every year in the Beds, Cambs and Northants WT reserve of Glapthorn Cow Pasture.

In the image below, there are several places where I have seen this little butterfly (including behind me) but the main spot is half way down this path and then turn right and look at the brambly bushes (Dewberry, I am told) up the path.

This butterfly seems very poor at nipping over open ground and establishing itself in new woods. It makes you wonder how it ever managed to spread in the first place.  And it also means that every surviving site is vitally important.