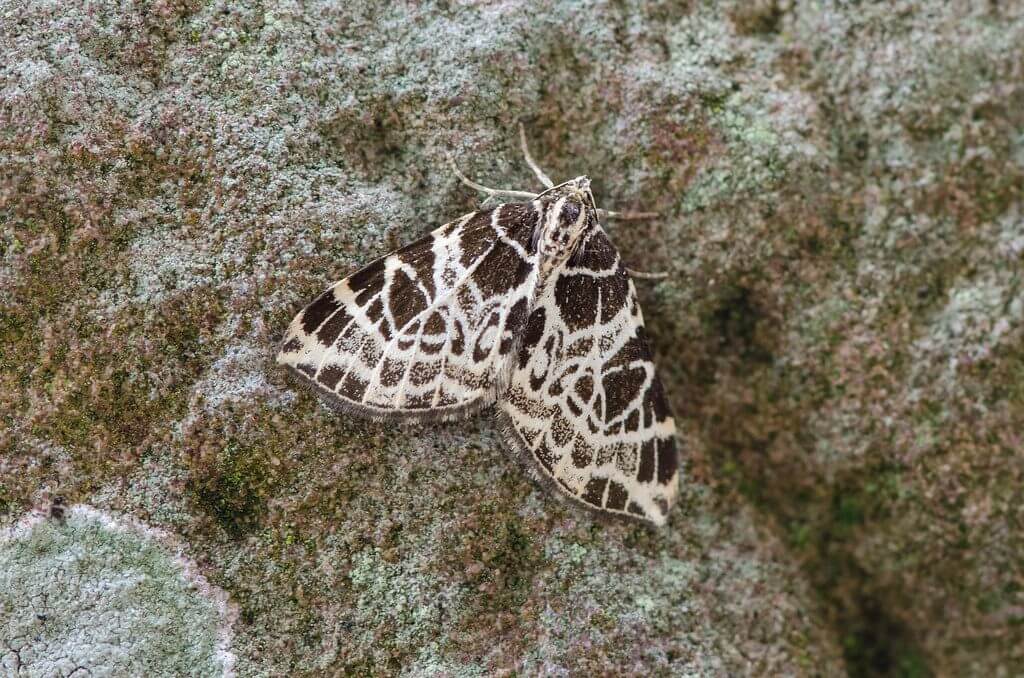 Tim writes: As a teenager I remember reading E B Ford’s New Naturalists book on Moths, where this species was on a plate labelled “Moths with Restricted Distributions” that showed fifteen of Britain’s rarest moths.  The first moth in this plate was the beautiful Netted Carpet from Windermere.  Since that day it is a species I have longed to see. It has always been rare and localised in Britain because its only larval foodplant (Touch-me-not Balsam) is also rare and localised.  The moth used to be found in North Wales but has not been reliably seen there since 1973.  It is now almost totally restricted to a few wet woodlands in Cumbria’s Lake District, where it was first discovered in 1856.  I managed to flush this individual during the day and watched it land, where I took its photograph.  The scientific name is Eustroma reticulata and both names refer to its beautiful wing pattern.  Eustroma is the frame that supports a mattress, while reticulata means netted.