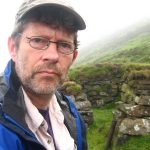 I’m told the National Trust has had to pull out of receiving the Peak District petition today – that’s quite last minute! But these things happen and I guess it’s for a good, although I’m told unspecified, reason. The reason that I guess it’s a good reason is that backing out of anything at the last minute always looks a bit bad and so anyone with any sense wouldn’t do it. And the NT have some sense – but we’ll wait to see how much. so the online petition remains open – please sign here.

Kate Hoey has not responded to the challenges she has received to explain her remarks on Hen Harriers. If she had just kept her head down on the matter that would be 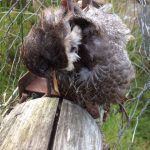 understandable but instead she has RTd (re-tweeted) a couple of remarks by that great countryman Robin Page on the subject – so Ms Hoey is clearly paying attention but can’t come up with any answer of her own. And Page can’t either!

I have to say that I quite admire Ms Hoey because she is outspoken and appears to act on her beliefs. The fact that I don’t share all of her beliefs (perhaps I don’t share many of them – I don’t know enough to say) is immaterial – we need more active MPs who speak out.  But on this particular issue, Ms Hoey is talking what appears to me to be uninformed nonsense and that’s what gets my goat. Please notice that Ms Hoey increased her majority at the last general election so she has the support of the electorate of Vauxhall and I bet they think she is a character who speaks her mind and quite possibly is a brilliant constituency MP. 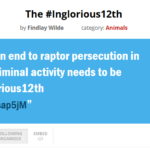 Findlay Wilde’s thunderclap grew in strength by about 100k social reach yesterday – a good day. Well done Findlay. Nice to see SERA, the Labour Environment campaign, adding its support but Labour is still not giving the very simple matter of wildlife crime by grouse shooters much attention.  Maybe we should all go and vote Green at the next general election – but then, we haven’t yet seen Caroline Lucas support the thunderclap either so…