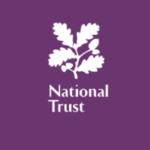 Saturday’s election of NT Council members may be just as significant as the vote on the members’ resolution on trail hunting. Although the Council members don’t get to decide very much they do elect the Chair of Trustees and the trustees from their number – so they elect the inner circle who do make most of the decisions.

Here are 19 0f the 20 candidates for election in a list taken from the Countryside Alliance website where they appear to have helpfully listed the candidates roughly in order of how likely they are to support trail hunting – the top 11 are broadly (or strongly) in favour whereas the next 8 are sceptical (or against). One candidate, Stephen Cox, is missing from the CA list (perhaps because he wasn’t going to be drawn on the subject) and another (Georgina Ramkoleea) withdrew from the process part way through.

The candidates highlighted in blue were elected on Saturday.

Now, here’s that list ordered in a different way – by number of votes achieved by each candidate. The list of 6 names is the list of successful candidates (eith the highest votes).  This time the blue highlighting identifies the six candidates whose election was supported by the National Trust itself.

So, you see, the NT got five of the six candidates whose election it supported.  this too, in my experience, is fairly normal, although RSPB members had, when given the opportunity, quite a good record of voting for the non-preferred candidates. And that’s what I tend to do too!