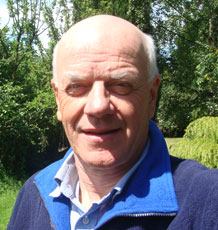 The ‘near-extinct’ status of the Marsh Harrier in Britain during the 1960s is hard to imagine over 50 years later, because the species now nests regularly in many parts of the country. The last successful breeding in their traditional Norfolk stronghold before this period was in 1959: thereafter sightings involved passage migrants or would-be settlers originating from Dutch polders. The picture was equally bleak away from Norfolk with sustained occupation only known at the RSPB’s Minsmere reserve. In this context any view of a Marsh Harrier was a sight to be relished, with half an eye on possible breeding.

I spent much of my teen years by the west Norfolk coast; a patch-birdwatcher struggling to ‘know’  Snettisham Beach and put it on the birding map. Richard Richardson prophetically admired its potential for breeding Avocets but like most other Norfolk watchers he rarely visited, instead favouring the migrant ‘magnets’ of the north coast. I preferred to walk the beaches, grazing marshes, woods, heaths and sea-walls between Heacham and Kings Lynn. It proved to be good territory for harriers with three species appearing regularly during the 1960s. It duly attracted a pair Marsh Harriers which raised one youngster in 1967 in their ‘novel’ habitat of ditch-side reedbeds within prairie-type farmland. Surely, this was to be an important turning point, widening the opportunities for  their recovery and spread?

In August 1969, I was walking north from the temporary pools that remained after the reclamation of the East Wash saltings near Wolferton; pleased to have logged 18 wader species. I then spotted a male Marsh Harrier approaching along the sea wall; it crossed a field to follow a ditch and then rose up to hunt the reedbed alongside Coalyard Creek. It was using the updraft from the brisk crosswind striking the tree-line, tilting back and forth as it followed the narrow reed-bed northwards just above the height of the shelter-belt alongside. I tried to pin down its age as I watched; although clearly male, it was less showy than other males I had seen.

Suddenly, the bird crumpled in the air; a weak flap sent it briefly into a spiral, then a limp plummet took it into the trees. An eye-blink after the crumple, I heard a single shot – I had been watching the harrier at the instant it had been killed: a moment etched in memory. There was no shooter in view; they were concealed in the thick belt of reeds and trees and had shot the bird as it flew directly overhead. I decided to intercept the shooter with little thought about how it would turn out. Unfortunately, this required a 2km detour via the Pumping Station and Steer Road, during which time the shooting site was out of view and so I saw no more activity. On arriving on the other (east) side of the tree-line from my watch-point, however, I was surprised to see an outstanding birdwatcher from the Cambridge Bird Club. He told me he had watched the mirror image of my observations from the east side of the shelter-belt and had marked the harrier’s drop point. He had not seen the shooter either; probably they had moved quietly away under cover? We made our way across the field and plunged into the wood looking for the corpse. After searching for over an hour we had no success; unsurprising given the limitless places to push a corpse into a hiding place. We realised we had no evidence to present to the Police.

We decided to follow through, nevertheless, and drove to Snettisham and then Hunstanton Police Station to report our observations. Unfortunately, their stations were closed as night drew in. The other witness volunteered to phone in a report the next day, while I had to return to work near London. He reported insignificant progress towards a conclusion over the months following. Like other similar incidents at the time, persisting to the present, with no corpse the Police were not keen to investigate, nor did they have any suspect in mind. The fact that it had occurred on the Sandringham Estate and given the passage of time without any result, signalled that we had a lost cause on our hands, in spite of the killing being witnessed by two independent observers. No charge was ever brought.

It seemed likely that the bird that was shot was the male of the local breeding pair and the incident disrupted breeding for several years. This was at a time when the UK population comprised just a single pair (as of 1971). Three years after the shooting, in 1972, a pair was again successful in West Norfolk and a wider colonisation followed slowly to the point where the Wash environs became a core area driving their spread, especially into sites lacking traditional large-reedbed habitats. Clearly, the incident did not halt their wider colonisation but it likely stalled it for some years.

The reported shooting of two Hen Harriers on nearby Dersingham Bog 38 years later (on this day in 2007), again within the Sandringham Estate, at a site only 2km away from the Marsh Harrier’s demise, was a disturbing reminder of the missed opportunity to secure a charge in 1969. Maybe this could have deterred the later incident? It is notable that both shootings were witnessed by independent, experienced observers, both took place on the Sandringham Estate and yet the absence of harrier corpses as evidence and the lack of any visual contact with the perpetrators seriously compromised any chance of charges being brought.

4 Replies to “Guest blog – The Shooting of a Marsh Harrier in the 1960s, by David Bryant”