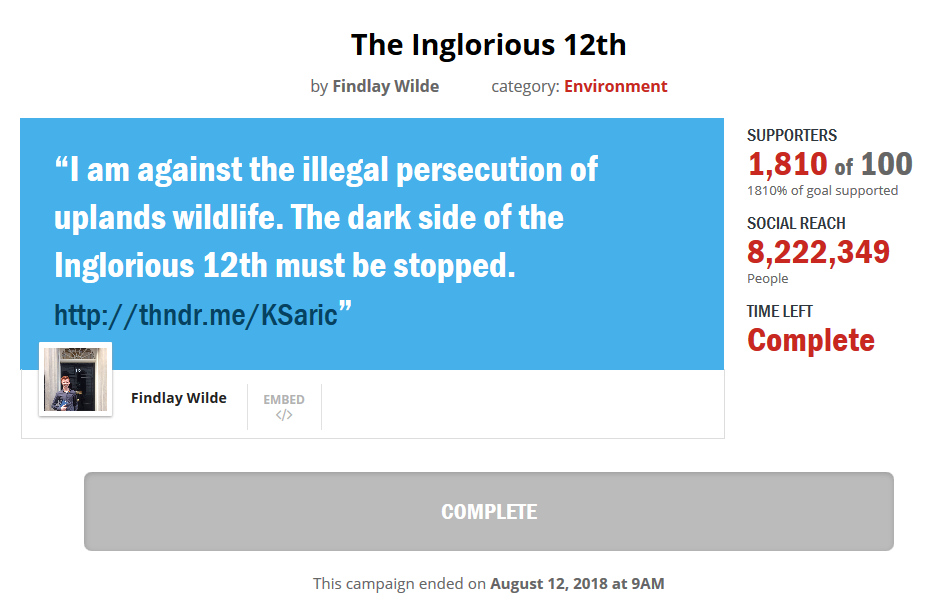 The thunderous Findlay Wilde is a friend of mine – but so are his parents, Nigel and Heather, and his brother Harley.  I stayed with them on Saturday night after travelling up from Rainham and before going with them to Parkgate.

I see on my phone that I have some very sweet-looking photos of 12-year-old Findlay at the Bird Fair in 2014 but I won’t embarrass him by posting them here, but they are a reminder of the fact that although he is a young man of 16 now, it’s not so long ago that he was ‘just a kid’.

And he still has plenty to learn – after Hen Harrier Day events were over at Parkgate he rushed off to twitch a Bonaparte’s Gull and failed, but in so doing he missed the ringtail Hen Harrier that flew past.  Live and learn, Findlay, live and learn (and we’ve all done similar things in our youth!).

But he deserved a break after giving a great talk about the short life of the Hen Harrier named after him. I’d never stood up and spoken to 300+ people at his age, and yet Findlay has now done lots of this type of thing. And his thunderclap boomed out with a social reach of 8.22m people on Sunday morning at 09:30.  Good job!

The thunderclap was supported by a host of the people you might expect: Chris Packham, Natalie Bennett, the RSPB’s Natures_Voice, the Wildlife Trusts, Iolo Williams, me, Team for Nature, Rare Bird Alert, Peter Egan, RaptorPersecutionUK, Birdwatch, BirdWatching, Birders Against Wildlife Crime, RSPB Skydancer and many, many more making a total of 1810 participants and that social reach of 8.22m.

There were, perhaps, some less obvious supporters of this thunderclap such as George Monbiot, Nadeea Volianova (I love trees – unlike men they don’t lie and are always there for you), RSPCA, Louise from the vets, Caroline Lucas MP (ie the whole Green Parliamentary Party from the Commons) and many more.   Thank you to all of them, and all of you who signed up and made Findlay so thunderous.

But who didn’t sign? I can see no names in the list of supporters that Findlay gave me that could be called pro-shooting, in that there is no GWCT, BASC, Countryside Alliance, Moorland Association, Shooting Times, The Field in the list nor any of those proshooting social media loudmouths who claim to be conservationists and keen on wildlife. As far as I can see they are completely absent.  This might not surprise you, and it doesn’t surprise me, but that is surely because we see them all too often as anti-conservation organisations (whether or not they have a ‘C’ in their names) and that despite their protestations of being in love with skydancers, and in raptures at the darkening of the skies by raptors outside their kitchen windows, and their sobbing at seeing a Peregrine caught by its legs in a Fenn trap, that doesn’t actually lead them to criticise wildlife crime in any tangible way. Pah!  I say again – pah!

So if what we might sometimes think of as the dark side didn’t sign up then surely all our friends did?

Not so. I was interested to see that the League Against Cruel Sports weren’t signatories – bit of a surprise!  The Hunt Investigation Team who were giving the RSPB a hard time over the last couple of weeks hadn’t signed up either.  Stop the Shoot and Luke Steele were absent.  All a bit perplexing.

The RSPB were patchy in their support – their most thunderous Facebook and Twitter accounts were involved and that was very welcome, so were some others, but there were some notable absences:

Not the type of support that one might hope for from an organmisation committed to speaking out against wildlife crime…   Just saying.  And just in case you might be wondering whether they were asked to join – the answer is ‘yes’.

How about the Wildlife Trusts? Their support was a bit scrappy but quite good really…

Thunderclaps will soon be a thing of the social media past, I am told, by a young person. And their efficacy as a way of getting a message out has always, to me, seemed a bit uncertain.  But they have been an arrow in our social media quiver and one which the grouse shooters cannot ever have hoped to use to any effect.  Thunderclaps are quite easy to set up and reasonably easy to join, so any organisation wishing to be seen to be supporting a cause doesn’t have to break into a sweat to give its support.

But Findlay the 16-year-old did great!  Without the complete support of those who might have expected to be there by his side, he still rocked the world with a massive social media thunderclap calling for action against wildlife crime on Sunday morning – the Inglorious 12th.

‘The only thing necessary for the triumph of evil is that good men and women do nothing with their social media, or do too little, even when it’s a pretty simply task in front of them’ – not quite what Edmund Burke was thinking but maybe he would have done.