When Henry was at the Bird Fair last weekend he had a satellite tag fitted to him.

You can see that the tag correctly located Henry in Rutland, and correctly located him at the right end of Rutland Water, and correctly mapped his flights around the Bird Fair marquees.  You can see how detailed is the information it produced above. The first big blob of dots (far right) was at the BTO ringing demonstration stand where the tag was fitted.  The three other collections of blobs are the BAWC stand in Marquee 8, the food and drink stalls nearby (vole-burgers a speciality) and the Authors’ Forum tent. If Henry had suddenly ‘disapppeared’ we would have a good understanding of whether it was at the BTO stand (Marquee 3), the LACS stand (Marquee 7) or the World Land Trust stand (Marquee 2).

There are errors in here too, not surprisingly. Henry did not go for a swim! You can see that whilst actually at the BTO ringing demonstration Henry was sometimes located a couple of hundred yards to the northwest or southeast, and there are a few other outlying points too (unless he really did go zooming off to the northeast from the food stands in pursuit of a Meadow Pipit). 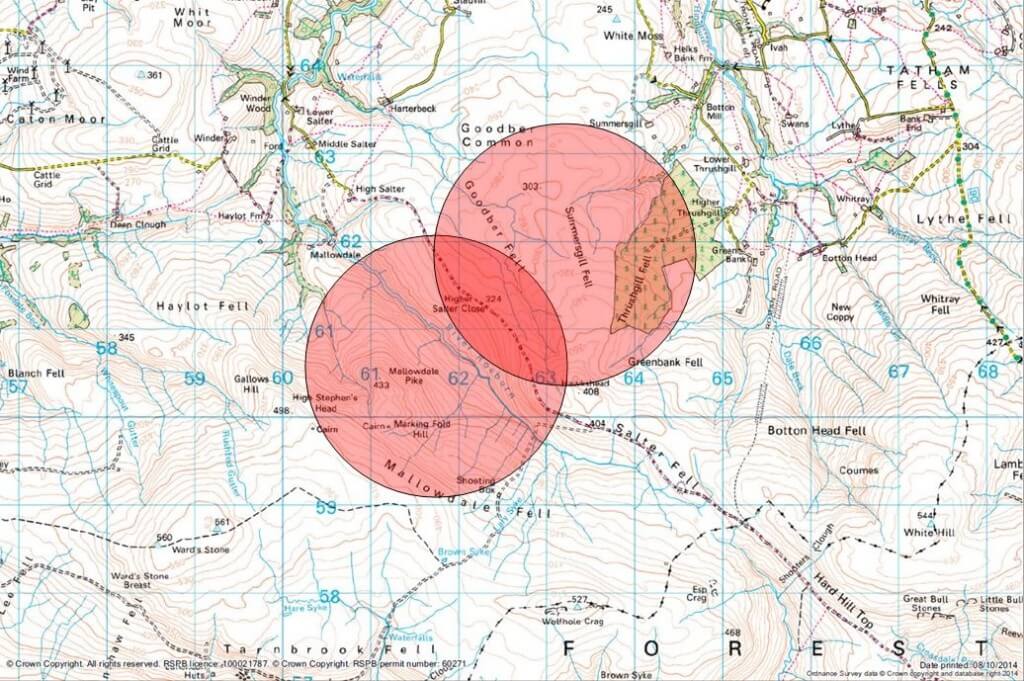 The frequency of updates was higher for Henry than it would be for a ‘real’ Hen Harrier because this was done to make it more fun, and the accuracy of this tag was a bit higher than it would be for a real tag (because Henry is quite an out-sized Hen Harrier and therefore could carry a bit more weight) but this little demonstration gives you a feel of how the system works.

Tags such as this one should be fitted to many Hen Harrier broods (a type of meddling that should be encouraged) right across the country as we know that these birds travel large distances when young and , many of them, in the winter.  We know, from, for example, Bowland Betty’s travels that she might have been in jeopardy several times during her journeys up and down the country.

With enough data one could look at the chance of a bird disappearing (or a tag ‘failing’) on a grouse moor compared with a non-grouse-moor (using satellite imagery of the vegetation passed over).  That would be interesting. Male Hen Harriers which ‘disappeared’ when actively engaged in nesting might provide fascinating information too.  And we would learn a lot about Hen Harriers that would simply be very interesting.

I see satellite tagging as a great aid to studying birds, including Hen Harriers, a great aid to enforcement of the law (because illegally killed birds can sometimes be retrieved and inform investigations), and a great deterrent to illegal killing of raptors.

They are an important weapon in our armoury against wildlife crime, rather better value for money perhaps than a Wildlife Crime Officer. But the tags aren’t cheap. The one that Henry wore costs about £2000 to buy and another c£1000 for the cost of downloading the data.  But if you offered me an extra Wildlife Crime Officer or a dozen satellite tags I’d pick the satellite tags every time.  Perhaps the Home Office, Police Scotland and others should be paying for a few hundred satellite tags to be fitted to Hen Harriers, Goshawks, eagles etc as a real attempt to fight wildlife crime?

Doesn’t it make you wish that your taxes had been invested in a study which tagged lots of Hen Harriers so that you would know what happened to them? Oh hang on, they were. More on this later today.

Buying Skydancer bath bombs will help raise money for satellite tags too.  They will lead to the sweet smell of success against wildlife crime. 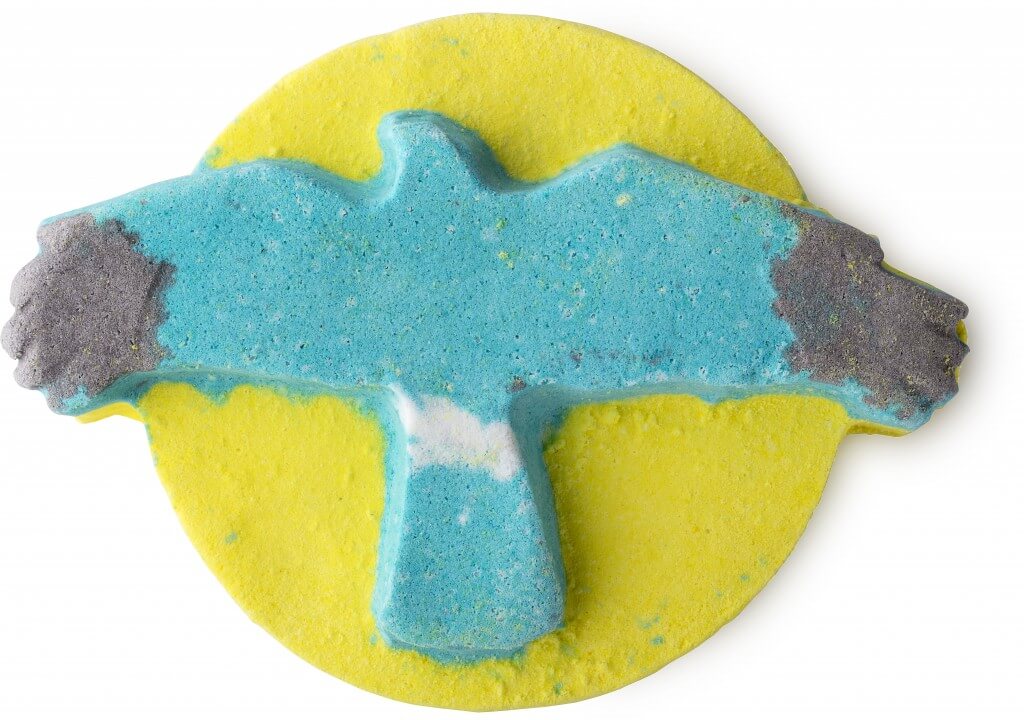 5 Replies to “Henry was at the Bird Fair”